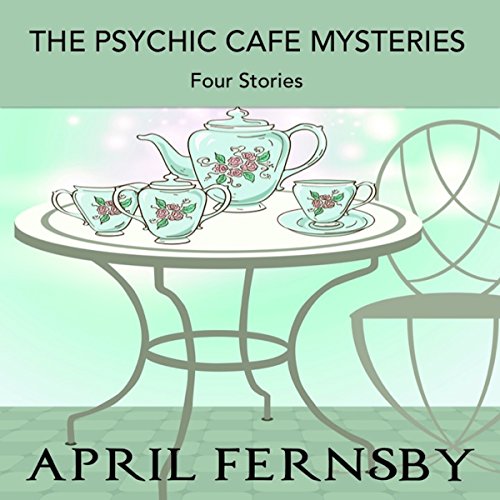 By: April Fernsby
Narrated by: Sangita Chauhan
Try for $0.00

Things are changing rapidly for Karis. As well as filing for divorce from her unfaithful husband, she decides it’s time to make peace with her estranged sister, Erin. With trepidation, Karis visits the café that Erin owns. To her great relief, Erin welcomes Karis back into her life with open arms.

During their reconciliation, a young woman, Carmel, calls into the café with a bread delivery. As Karis watches Carmel, she experiences a strong psychic vision. She sees two shadows following Carmel. Only one of the shadows belongs to Carmel - the other belongs to the person who is going to murder her later that day.

With help from her sister and an old neighbour, Karis does all she can to find out who murdered Carmel. It doesn’t help that the investigating officer is an ex-boyfriend who broke up with Karis because he couldn’t cope with her psychic abilities.

Despite this, Karis won’t rest until she finds the killer.

Using money from her divorce settlement, Karis invests in her sister’s café. Not only are Karis and Erin planning to extend the café premises, they are going to hold regular craft evenings there, too.

A young woman, Bryony, asks if Karis and Erin can help her make a batch of wedding favours for her upcoming wedding. The sisters decide to use this as an opportunity to host their first craft evening, much to Bryony’s delight.

During the craft evening, Karis receives a vision concerning Bryony and the wedding favours. It unsettles Karis to know Bryony has an enemy who wishes her harm. Things get worse when Karis foresees a murder taking place at Bryony’s wedding.

Will Karis be able to stop the murder? Or will she be too late?

Karis suspects something is wrong when her morning cup of tea has an unusually foul taste. She dismisses that thought and goes to the café that she co-owns with her sister. There, she meets a builder called Howie McGarry. Shortly after meeting Howie, Karis has a vision that shows him being murdered by poisoned tea.

To Karis’ dismay, Howie’s wife is someone who went to school with her. Once the vision is made known, Vanessa McGarry ridicules Karis and calls her by the vicious nickname she gave her at school - Krazy Karis. Vanessa tells Howie not to believe a word Karis says.

Despite Vanessa’s hateful words, Karis knows she has to do something to prevent Howie’s murder. Will she stop his untimely death in time?

A knitting class is held at the café that Karis co-owns with her sister, Erin. An old knitting pattern is brought into the café and Karis is immediately drawn to it. It’s not long before Karis starts to experience visions that are brought on by the pattern, and some of those visions reveal a murder will take place soon.

What listeners say about The Psychic Cafe Mysteries

I got the box set of the first three books. I enjoyed the first two. When I started the third, Peggy got too bossy and obnoxious, overpowering the main character...I almost did not finish it. I get she’s an old lady, but it went way beyond Cute old lady that doesn’t care what people think about her and went straight into brash, thoughtless and way over the top with the sleuthing.

I read at least three books a day. The book it’s self was not as good as the rest of the series. The voice over was shrill and mispronounced many words. Editing was not the best. Story was weak. I had trouble completing it. It was really drawn out. I only kept on to find out what happened with the romance of the constant characters and if the babies were born

I enjoyed the stories even though one of the main characters got a bit annoying at times. However, the narrator’s inflection was so forced that I found myself mentally restating the words in a more natural cadence. I will likely avoid her work in the future.

narrator voice is too old for the characters

I couldn't even get started listening. this book could be good if read but listening to this narrator is wrong.

It did take me some time tho get used to the narrator's accent, but once i did, it was perfect for these stories. The stories were a great listen while i was doing craft work, in part, because of the crafting included.
I liked the development of the characters, their histories, skills, and idiosyncrasies. I will look forward to future adventures from the cafe.