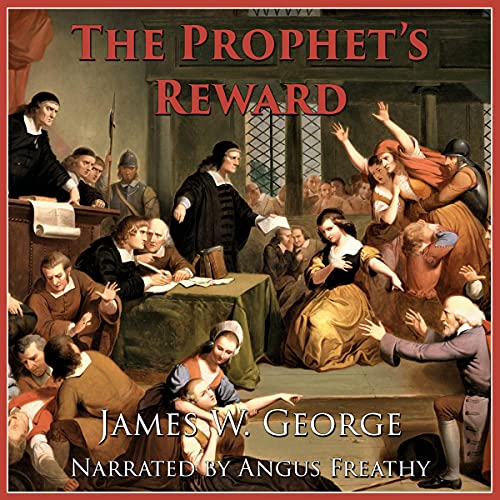 The Prophet's Reward: A Novel of Puritan New England

By: James W. George
Narrated by: Angus Freathy
Try for $0.00

The long-awaited conclusion to the trilogy has arrived.

The year is 1691. Fifteen years have passed since the inconceivable events of King Philip's War. The Reverend Israel Brewster and his family have returned to Middleborough. Brewster has found a new faith, a new pulpit, and a wonderful life as father and husband. Meanwhile Linto, captured in the waning days of the war and sold off into slavery, toils away in bondage. He is serving the cunning sugar baron, Elijah MacTavish, on the island of Bermuda. It is, however, unlike any servitude he could have imagined.

But nothing can ever seem to be static in the lives of these 17th-century heroes. War has yet again descended upon New England as the French and their Abenaki allies rain terror from the North. A new English monarch has brought political upheaval to Plymouth Colony. And witch mania has enveloped the land, a mania that seems to ensnare almost everyone.

After 15 long years, it is time for Israel Brewster and Linto to finally meet their destinies.

What listeners say about The Prophet's Reward: A Novel of Puritan New England