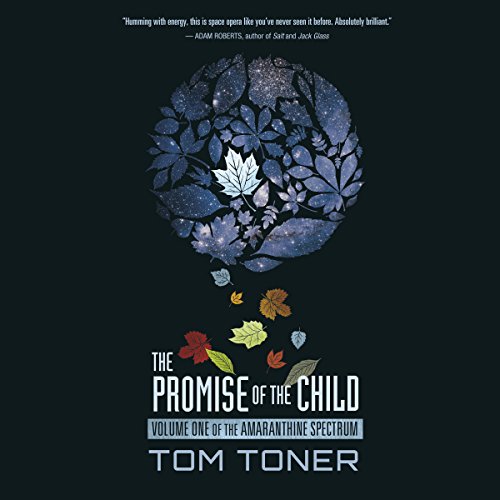 The Promise of the Child

By: Thomas Toner
Narrated by: James Patrick Cronin
Try for $0.00

It is the 147th century. In the radically advanced posthuman worlds of the Amaranthine Firmament, there is a contender to the Immortal throne: Aaron the Long-Life, the Pretender, a man who is not quite a man. In the barbarous hominid kingdoms of the Prism Investiture, where life is short, cheap, and dangerous, an invention is born that will become the Firmament's most closely kept secret. Lycaste, a lovesick recluse outcast for an unspeakable crime, must journey through the Provinces, braving the grotesques of an ancient, decadent world to find his salvation. Sotiris, grieving the loss of his sister and awaiting the madness of old age, must relive his 12,000 years of life to stop the man determined to become emperor. Ghaldezuel, knight of the stars, must plunder the rarest treasure in the Firmament - the object the Pretender will stop at nothing to obtain. From medieval Prague to a lonely Mediterranean cove, and eventually far into the strange vastness of distant worlds, The Promise of the Child is a debut novel of gripping action and astounding ambition unfolding over hundreds of thousands of years, marking the arrival of a brilliant new talent in science fiction.

What listeners say about The Promise of the Child

enjoyed it so much I bought all 3 books on thrifty

I've been reading mostly military style sci-fi lately which I enjoy but I've been looking for this style of story. grand sweeping histories of peoples and cultures only existing in the authors mind. very little time spent inside a "spaceship" and alot of time inside characters minds. would recommend highly