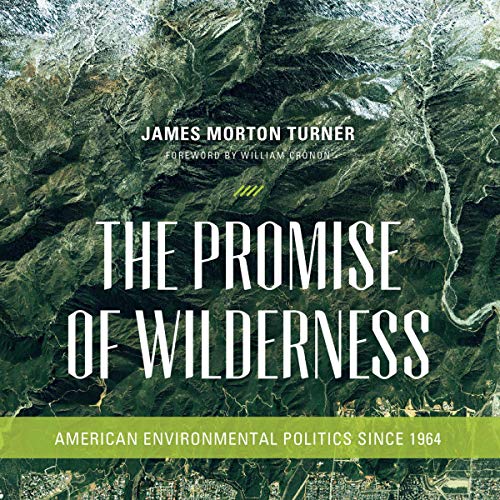 The Promise of Wilderness

By: James Morton Turner
Narrated by: Kirk Winkler
Try for $0.00

The Promise of Wilderness examines how the idea of wilderness has shaped the management of public lands since the passage of the Wilderness Act in 1964. Wilderness preservation has engaged diverse groups of citizens, from hunters and ranchers to wildlife enthusiasts and hikers, as political advocates who have leveraged the resources of local and national groups toward a common goal. Turner demonstrates how these efforts have contributed to major shifts in modern American environmental politics, which have emerged not just in reaction to a new generation of environmental concerns, such as environmental justice and climate change, but also in response to changed debates over old conservation issues, such as public lands management. He also shows how battles over wilderness protection have influenced American politics more broadly, fueling disputes over the proper role of government, individual rights, and the interests of rural communities; giving rise to radical environmentalism; and playing an important role in the resurgence of the conservative movement, especially in the American West.

"Required reading for environmental historians, but this magnificent book has value well beyond the field. (The Journal of American History)

"An epic history of the heart, soul, and mind of the wilderness community over the last fifty years." (William H. Meadows, Former President, The Wilderness Society)

What listeners say about The Promise of Wilderness

A must for Environmentalists.

This is a must for Environmentalists and Environmental Historians. Turner's book finishes a "trilogy" put out by the University of Washington Press, that starts our story with the passage of the Wilderness Act of 1964 and discusses the ways in which Environmental movements and politics revolved around the question and concept of "Wilderness."