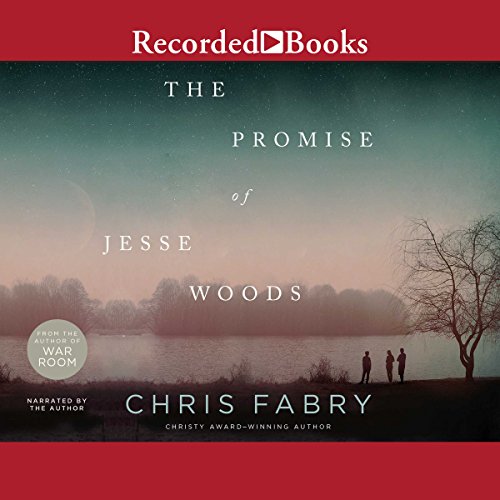 The Promise of Jesse Woods

The summer of 1972 is the most pivotal of Matt Plumley's childhood. While his beloved Pirates battle for back-to-back World Series titles, Matt's family moves from Pittsburgh to Dogwood, West Virginia, where his father steps into the pulpit of a church under the thumb of town leader Basil Blackwood. A fish out of water, Matt is relieved to forge a fast bond with two unlikely friends: Dickie Darrel Lee Hancock, a mixed-race boy; and Jesse Woods, a tough-as-nails girl with a sister on her hip and no dad in sight.

As the trio traipses the hills and hollers, Matt begins to fall for Jesse, and their promises to each other draw him deeper into her terrifying reality. One night the wrath of the Blackwoods and the secrets of Jesse's family collide, and Matt joins Jesse in a rescue that saves one life and ends another and severs the bond of their friendship.

Years later Matt is pulled back to Dogwood and to memories of that momentous summer by news of Jesse's upcoming wedding. He could never shake the feeling that there was more to the story of that fateful night, and he's determined to learn the truth behind the only promise Jesse Woods ever broke.

What listeners say about The Promise of Jesse Woods

Good characters, good story, well-read (I listened to audio version) . Got longer walks in, because I don't want to stop listening. Highly recommended!

Another winner by Chris Fabry! He is a superb writer, master story teller and his narration was wonderful. I was captured by this story from beginning to end and hated to see it end. I actually went back and listened to the last couple of chapters, finding it difficult to let go of this place and the people I had grown so fond of. I'd give this book more stars if I could. It will stay with me for a long time. Chris Fabry is one of my very favorite authors and I always want more! Don't miss this book.

I was hooked as soon as I heard the first 10 minutes of this book! The story is captivating and pulled at my heart numerous times. Great job Chris Fabry but I can’t help but wonder who was the inspiration for your character Jesse Woods! I’m sure her story is an unfortunate common story for many. May God keep blessing you and your family.

Enjoy Chis Fabry’s books, because of the depth of emotions. These books are very well written, and a glimpse into the characters souls. Another wonderful book , did not disappoint.

If you were raised in a small southern town you know these people. Maybe you even lived some of this story. I know because I did. We had the right side and the wrong side of the tracks and I lived on both of them. I saw places and people in this novel I left over 40 years ago. I laughed out loud and fought tears all the way though. Give this one a chance, who knows, maybe here you will find part of yourself too.

this was a great read and a good lesson in life, sometimes we do things and we don't fully understand the repercussions of our actions, sometimes we make promises that really are harmful and not for the greater good. ...

May be my favorite novel!

I’m a huge fan of Charles Martin, and now Chris Fabry may edge him out! This is an excellent story written without all the trappings of many of today’s popular authors. Beautiful prose adds to the storyline. And having Fabry as the narrator was pure genius. Love, love, love this novel!!

I'm always looking for a good non-fluffy wholesome book...they're hard to find. This book fit the bill!! It is an engaging story, and not at all a mushy predictable work of fiction.

Yet another amazing story.

I was drawn into the story with the first sentence. Chris Fabry is not only an amazing story teller, he’s a fantastic narrator!

What a pleasure to listen to a good story that is not filled with foul language. This is a story of redemption and forgiveness that glorifies our Savior.