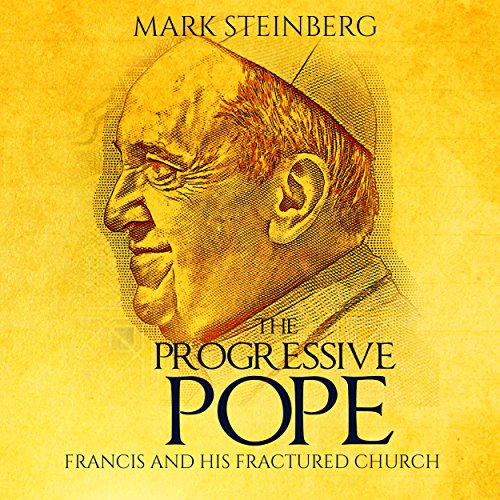 The Political Pope: Francis and His Fractured Church is the new book from best-selling author Mark Steinberg.

Pope Francis is one of the most revered figures in the world today. His Catholic church, rocked by scandals, is in danger of being torn apart. Sexual abuse among the clergy, mismanagement of church funds, blackmail, and bickering have divided the Vatican and the Catholic church from Argentina to Zaire and everywhere in between.

In this deeply researched and yet still highly accessible book about the successor to Benedict XVI and Pope John Paul II, Steinburg takes us through Pope Francis' early days as a parish priest in Argentina, his Jesuit education, his role in Argentina's infamous "Dirty War", and his time as a bishop and a cardinal at the seat of the Catholic church in Rome.

The book climaxes with the papal election of Francis to the highest religious post in the Western world. Can the charismatic and hugely popular pope make the reforms his ailing church so desperately needs before it becomes irrelevant in the face of abuse scandals and rising public indifference to religion? Can Pope Francis re-inspire the faithful and return the church to the glory it used to possess?