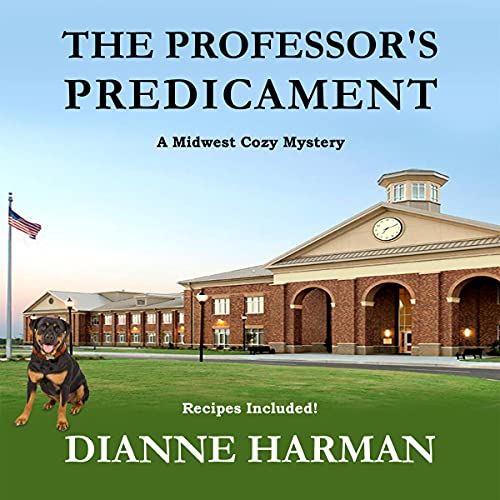 By: Dianne Harman
Narrated by: Susan Carlson
Try for $0.00

When you’re the head of the Sex Therapy Department at a university and you find out your husband has been having an affair - actually, a lot of affairs - it’s not a good day.

How can you continue to counsel people about their marriage when you’ve missed all the red flags in your own?

That's Professor Deborah White’s predicament. And the predicament becomes a crisis when a beautiful young coed is murdered. Deborah’s husband, Geoffrey White, an English professor at the university, had selected the coed to help him with “special assignments”, which were usually conducted in a sleazy motel room.

There’s no lack of suspects in the murder. Was it Deborah’s philandering husband? Or the coed’s boyfriend, Dylan? Or even a past lover of Geoffrey’s who was jealous because he was having an affair with the coed? And Deborah herself certainly has to be considered as a suspect, since the police always suspect the spouse in cases like this. Each one has a very good motive for murdering the young woman, but which one did it?

As a favor to her friend Deborah, Kat Denham tries to identify and catch the killer. However, there’s one little problem. There’s a good chance Kat will be murdered before she finds the killer.

This is the fourth book in the popular Midwest Cozy Mystery Series by a two-time USA Today best-selling author.

What listeners say about The Professor's Predicament

What’s the appeal of such a sleazy guy?

Which professor’s predicament does the title refer to? Is it selfish serial predator English professor, his clueless wife who is a University Dean, or the English professor’s colleague? The story was well written but the characters are so unpalatable. It was well known at the University that Geoffrey White was abusing his university position and cheating on his spouse for years with many young co-eds. Why wasn’t he stopped before the victim in the book was murdered and others were almost murdered? Kat is thankful for Blane, who says Geoffrey set a low bar - that’s an understatement! Dianne Harmon’s book is well written and elicited strong emotions. The narration seemed a bit too upbeat for such serious issues. This book is the 4th in the Midwest Cozy Mystery Series. A recommended read!

Jeffrey's arrogance and greed were legendary and it sickened me. He was beyond being a user of people at epic proportions. So many possible villains, but I was centered on the actual one with a few clues. Good mystery. I voluntarily listened to a free copy of this and am giving an honest review. The narrator was okay, but seemed too perky for this material.

Another fun read, with great characters and a story full of twists and turns.
A received this audiobook for free from the author and wanted to give an honest review.

You won't find yourself in a predicament listening

I enjoyed this cozy mystery. Normally I have a guess or even know who the culprit is but this book certainly kept me guessing. It was cleverly constructed with plenty of suspects and twists. The story starts with the murder and then you are introduced to the suspects and motives, giving you the chance to solve the murder if you can. This is book four in a ten book series (so far) and that shows just how popular this series is. I like it because of the characters who are like able and well rounded and the main focus is the mystery. You can also pick up any book in the series and know you are in for a cozy listen.
When Kat's husband was under suspicion for murder she turned to her friend Deborah for advice on pornography. So when her husbands student is found dead, one he turned to for help with special projects. She wasn't the first but the first Deborah knew about. In order to help her friends husband and even her friend stay off the top of the suspects list, Kat will have to work out if the professor's past was the reason the young innocent coed was killed. Another murder involving the college could have far out reaching consequences for Kat herself, as her own daughters sorority house start talking about providing the girls with guns. Can Kat catch a killer before things get out of control?
I liked the narrator, she has read most of the books in this series for a reason and that's because she is good.
I was given this free review copy audiobook at my request and have voluntarily left this review.