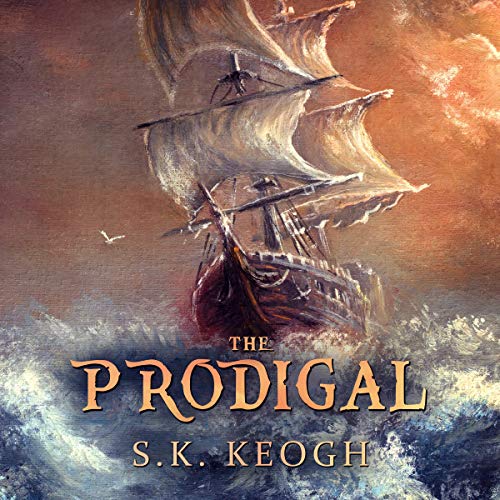 A story of relentless pursuit, betrayal, and revenge.

As a young boy, Jack Mallory knows horror and desolation when James Logan and his pirates murder his father and abduct his mother. Falsely accused of piracy himself, Jack is thrown into jail. He survives seven years in London’s notorious Newgate prison and emerges a hardened man seeking revenge.

His obsession with finding his mother’s kidnapper drives him to the West Indies, where he becomes entangled with a fiery young woman named Maria Cordero. With a score of her own to settle with James Logan, she disguises her gender and blackmails Jack into taking her aboard his pirate brig, Prodigal, in his desperate search for Logan. Their tumultuous relationship simmers while Jack formulates a daring plan to rescue his mother and exact revenge upon Logan for destroying his family. But Logan has no intentions of losing what he now treasures more than life itself - Jack’s mother, Ella.

What listeners say about The Prodigal