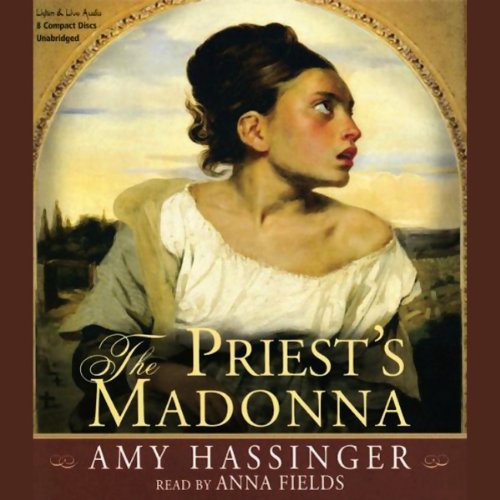 For fans of The Birth of Venus, Girl with a Pearl Earring, and The Other Boleyn Girl, Amy Hassinger, author of Nina: Adolescence, delivers this historically lush, lyrical, and thoroughly enthralling novel about the forbidden love between a woman and a holy man, and about the moral and spiritual struggles of faith.

In 1896, the priest in a small village in southern France suddenly came into possession of immense wealth. This much is true. What no one knows for sure is where his money came from. The history of the region suggests that he may have stumbled upon clues to a hidden treasure of the Knights Templar. An even more tantalizing possibility is that he discovered coded documents hidden in the structure of his church, documents so threatening to the Catholic Church that he was paid to keep silent. At his death under mysterious circumstances in 1917, his secrets died with him.

Yet there is one other person who may have known all, Marie Dernanaud, the priest's housekeeper and, some say, his lover. Interweaving the history of France at the turn of the twentieth century, scenes of ancient Judea, and the romantic and religious journey of a spirited and intense heroine, The Priest's Madonna gives Marie a chance to tell her version of what transpired, as well as her own story of belief, doubt, and illicit passions.

"Hassinger brings historical characters to life in this vivid and affecting account of love and faith." (Booklist)

This audio book has been the best I’ve heard in a long time. The author ability to weaves both stories of Marie and Berenger along with Jesus Christ and Mary Magdalene are simply riveting. While an author can put so much time and effort into researching and writing a wonderful book it’s a terrible waste when the Narrator does a poor job of reading the book. I was delight that that was not the case for The Priest’s Madonna. Anna Fields does a superb job of telling the story to the listener. She gives each character their own voice and personality and well…. it was captivating! Anna certainly had no problem with French or Hebrew pronunciations. This was wonderfully written and beautifully told. A must for audio book lovers!

I found this story to be incredibly slow. I think it is one of those -inspired-by-the-success-of-"The DaVinci Code"-books, with its "hidden" treasure, religious relics, and whodunnit - none of which the author could make me care about. I found the narration way too contemporary in feel for the period of time, too.

This was one of the worst books I have ever downloaded. The narration was awful. I have heard a lot of her narrations, but this was horrible. Her delivery of the male voices were annoying, fake sounding. The story was bad enough.

A forgettable, unenjoyable book for me.

What disappointed you about The Priest's Madonna?

Which character – as performed by Anna Fields – was your favourite?

Only that the priest lost faith.

I found this book so boring. I didn't understand the links with history and though I thought anna read it well, I found her voice a little too deep and scary for me. Totally not my taste.