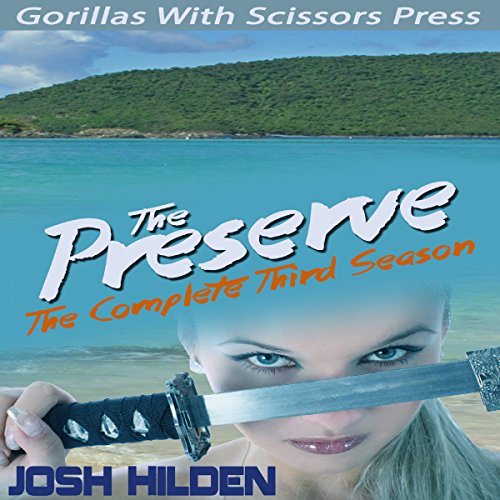 By: Josh Hilden
Narrated by: Karen Krause
Try for $0.00

What is the preserve?

What are the trials?

Who are the shadowy figures pulling the strings in the background?

In season three, our contestants begin to interact with one another. For some, it's a matter of instant chemistry; and for others, it's less than love at first sight.

Jeff and Dawn face down the dead in a town that shouldn't exist. Jillian and Ashley meet Burke and have to reach a consensus on how they deal with the odd man. As Creighton's body heals, his mind fractures, and he enters the jungle this time on the hunt as opposed to being the hunted. In the trees and fields, Emily and the hunter square off in a duel in which only one can survive.

In the hive, the librarian and game master maneuver behind the scenes while the warrior and the prince plot and craft their own secret plans. While they plot and plan, Eli locates Jennings in Atlanta with only one goal...to make him talk.

What listeners say about The Preserve - The Complete Third Season: 'First Impressions'