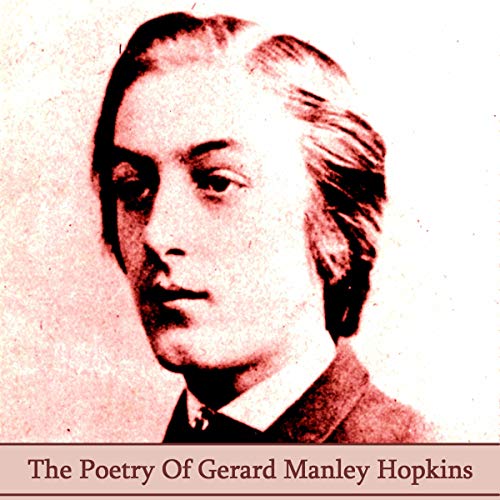 The Poetry of Gerard Manley Hopkins

Gerard Manley Hopkins was born in Stratford, then part of Essex on 28th July, 1844, to deeply religious parents - the first of nine children.

The family moved to Hampstead in 1852, near to where John Keats had lived 30 years before. At age 10 the young Gerard was sent to school in nearby Highgate and afterwards to Balliol College, Oxford.

Hopkins was unusually shy and reserved and prone to bizarre ideas. He once argued that most people drank more liquids than they really needed and bet that he could go without drinking for a week. He persisted until his tongue was black and he collapsed.

In January 1866 Hopkins composed his most ascetic poem, The Habit of Perfection, but a few days later he included poetry in the list of things to be given up for Lent. In July he decided to become a Catholic, and by May 1868 Hopkins firmly 'resolved to be religious'. Less than a week later, he made a bonfire of his poems and ceased to write for almost seven years.

In 1874 Hopkins returned to the Society of Jesus at Manresa House, Roehampton, to teach classics. While he was studying in the Jesuit house of theological studies in North Wales, he was asked to write a poem to commemorate the foundering of a German ship in a storm. So in 1875 he was moved to take up poetry once more and write a lengthy poem, The Wreck of the Deutschland, inspired by the Deutschland maritime disaster in which 157 people died, including five nuns. The poem was accepted but not printed by a Jesuit publication. This rejection fed his ambivalence about his poetry. Most of his poetry remained unpublished until after his death.

Hopkins chose the austere and restrictive life of a Jesuit and was at times gloomy. The brilliant student who had left Oxford with a first-class honours degree failed his final theology exam, and although ordained in 1877, Hopkins would not progress in the order. That same year he wrote God’s Grandeur and sonnets including "The Starlight Night" and finished "The Windhover".

In 1884 he became professor of Greek and Latin at University College Dublin. His English roots, his disagreement with current Irish politics and his own small stature (5'2"), shy nature and personal foibles meant that he was not an effective teacher. This and his isolation in Ireland deepened his gloom.

This volume comes to you from Portable Poetry, a specialized imprint from Deadtree Publishing. Our range is large and growing and covers single poets, themes, and many compilations.

What listeners say about The Poetry of Gerard Manley Hopkins

Perhaps you sometimes enjoy listening to poetry for its musicality, like background music. "The Poetry of Gerard Manley Hopkins" 's introduction reveals some details about Hopkins' life that made the poems, as a whole, more meaningful. For example the fact that he once gave up writing poetry for lent made me appreciate him not only how much he valued writing poetry. There are four narrators who though different, complement each other with strong rhythmic renditions. Their vocal variety enables me to listen to many poems at one sitting without boredom. Rarely do I listen to a single poem, unless its of epic length, so I not use recorded anthologies to listen to one poem at a time. However, I use them to listen to one poet's work for an hour or so. I'll do this again and recommend it to those familiar with Hopkins and enjoy listening to poetry.