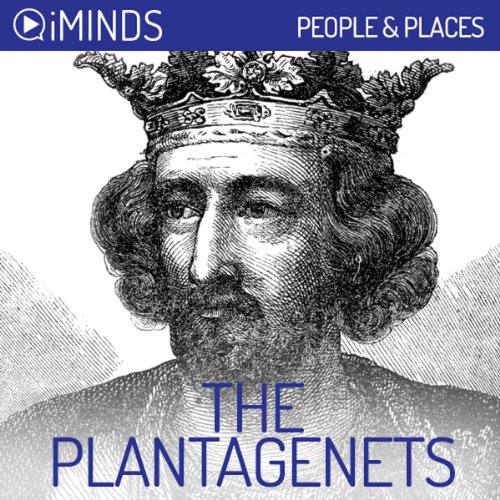 By: iMinds
Narrated by: Ellouise Rothwell
Try for $0.00

Learn about The Plantagenets with iMinds insightful audio knowledge series.The House of Plantagenet was a royal house of 15 monarchs who ruled England from 1154-1485.

The Plantagenets originally came from France, where they ruled a county called Anjou. They were a strange and powerful family, complex and prone to insanity. Their founder, Count Fulk III (known as “The Black”), had his wife burned at the stake in her wedding dress when he discovered she was sleeping with a goatherd. His great grandson, Geoffrey V gave the dynasty its name. The word Plantagenet comes from the name of a flower: plante genêt in French, or “common broom”. Geoffrey V was said to have worn a sprig of the golden flower in his battle helmet.

Geoffrey married the Empress Matilda, daughter of Henry I of England, and their son, Henry II, became king on 19 December 1154, after a brief civil war known as “The Anarchy”.

What listeners say about The Plantagenets

Lots of information packed into 8 minutes. I wish there were more audiobooks like this.

French and English House of Crazies

This is one of the more interesting and offbeat iMinds listens. In eight short minutes I learned a lot! The Plantagenets, originally ruling a county in France called Anjou, became a royal house of 15 monarchs who ruled England from 1154-1485. They were prone to insanity, evidenced by Count Fulk III (The Black) having his wife burned at the stake in her wedding dress after learning she had slept with a herd of goats. 🙄 Six of the eight of England's King Henry's were Plantagenets, coming to rule during the time period of 1154-1485, one of which whom was only nine or ten years old when he became king (Henry III).

If you want a detailed nuanced take, you have other options. This is an overview.

This stated that Richard did not have any skeletal deformity. Not true. His skeleton was discovered in the last century with what is referred to as a “Dowager’s Hump.” It’s a more “modern” term for hunchback.

Skip the background noise and I will consider your book again. I like the voice

I bought this before I could see the length, and hoped it would be an indepth history of the Plantagenet family. It's a mediocre review of highlights at best.

Where does The Plantagenets rank among all the audiobooks you’ve listened to so far?

This is hardly designed to be a top listen. It's only 8 minutes. But if you need a quick list for an overview, it fills the bill, unlike straight history.

Recommended for students of history who wish to define the Plantagenets. I was pleased to learn something new--a little about the French origin of the family. I knew Anjou, but little more. Apparently little to know?