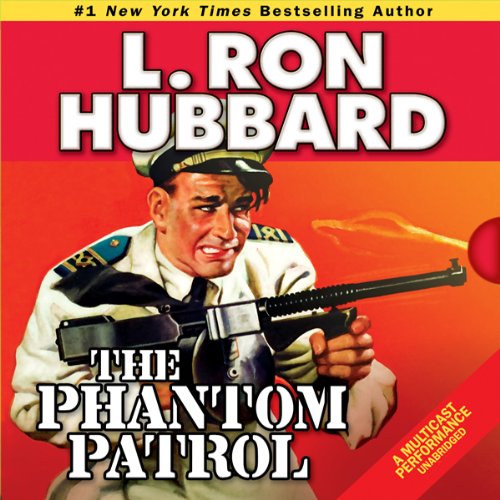 Coast Guard Chief Petty Officer Johnny Trescott is as smart, tough, and fearless as they come. But he’s about to lose everything - his boat, his freedom, and his identity.

Johnny’s mission is to track down drug runners in the Gulf of Mexico, and he’s got his eye on the biggest fish of all - Georges Coquelin. But an SOS from a downed plane that’s sinking fast leads him straight to disaster....

Coquelin springs a trap. Stranding Johnny and the plane’s passengers on a deserted island, the drug smuggler commandeers Johnny’s boat and his name. In the company of a weak-kneed millionaire and a long-legged beauty, Johnny’s at the end of his rope - which could turn into a noose around his neck. He’s got nothing left to lose...and there’s nothing he won’t do to reclaim his reputation.

Rev up your engines and get ready to ride a wave of action and intrigue as the audio version of The Phantom Patrol delivers an unsinkable adventure.

“Nonstop action and a hero to root for.” (Publishers Weekly)

What listeners say about The Phantom Patrol