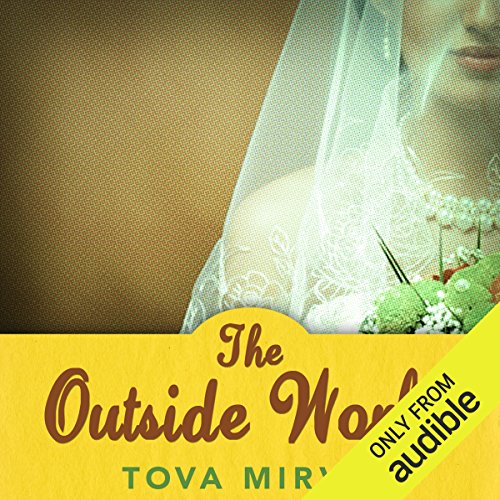 By: Tova Mirvis
Narrated by: Emily Bauer
Try for $0.00

Tzippy Goldman was born for marriage. She and her mother had always assumed she'd graduate high school, be set up with the right boy, and have a beautiful wedding with white lace and pareve vanilla cream frosting. But at 22, Tzippy's fast approaching spinsterhood. She dreams of escape; instead, she leaves for a year in Jerusalem.

There she meets - re-meets - Baruch, the son of her mother's college roommate. When Tzippy last saw him, his name was Bryan and he wore a Yankees-logo yarmulke. Now he has adopted the black hat of the ultra-orthodox, the tradition in which Tzippy was raised. Twelve weeks later, they're engaged... and discovering that desire and tradition, devotion and individuality aren't the easiest balance.

Hilarious, compassionate, and tremendously insightful, The Outside World illuminates an insular community, marvelously depicting that complicated blend of faith, love, and family otherwise known as life in a modern world.

"At times giddily humorous, at times stirring and sorrowful, Mirvis's insightful novel is packed with convincing detail, from descriptions of yarmulkes (fancifully embroidered or stolid black velvet) to the varieties of wigs worn by married ultra-Orthodox women. The characters' frequent use of distinctively Jewish terms and ideas gives the novel a foreign air, but the universal themes of growing up and choosing a fitting life to lead will resonate with readers of all faiths." ( Publishers Weekly)

What listeners say about The Outside World

I read this book years ago, but wanted to listen to the audio version and it did not disappoint! The narrative was on point with the characters and I could not stop listening!