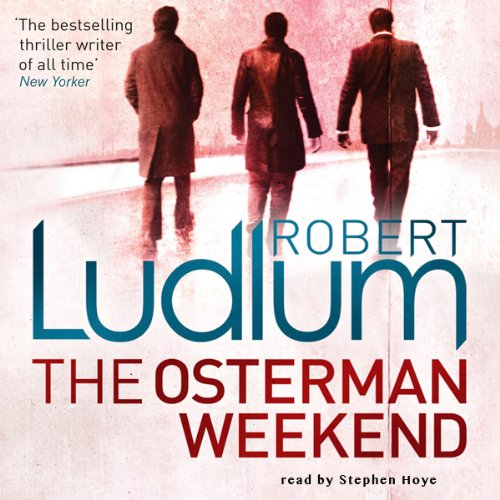 By: Robert Ludlum
Narrated by: Stephen Hoye
Try for $0.00

In a secret room in Washington DC John Tanner is asked to stake his life - and his wife and children - on a gamble whose goals and risks no one will fully reveal to him.

In a small suburban town, where only the nicest people live, friends, neighbours, everyone and anyone could be part of a monstrous conspiracy of international evil.

The machinery has already been set in motion. And at stake is the very existence of America - and the future of the entire free world...Read by Stephen Hoye. Stephen Hoye has worked as a professional actor in London and Los Angeles for over 30 years. Trained at Boston University and The Guildhall in London, he has done six feature films, several television series, both drama and comedy, and appeared in London's West End on five occasions.

What listeners say about The Osterman Weekend