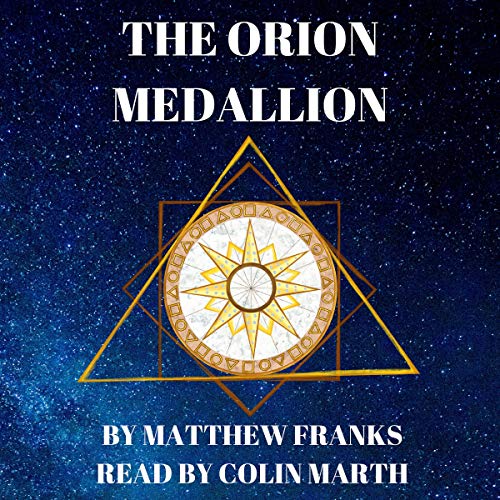 By: Matthew Franks
Narrated by: Colin Marth
Free with a 30-day trial

Twelve-year-old Austin Ellers is convinced his day is ruined when he can't muster up the courage to ask his crush to the school dance. But, when he finds a secret interplanetary control room buried in the field behind his house and a woman named Kyra from the Universal Preservation Alliance asks for his help, he has to admit that his confidence problems look a little minor in comparison.

Kyra needs the medallion Austin's grandfather left him to fix a beacon on a distant planet and prevent intergalactic war from breaking out. Austin's not about to let some stranger run off with his beloved memento, but, when war-hungry, shapeshifter aliens known as Dethcors show up at his school to get him to surrender the medallion, he teams up with Kyra and heads into deep space to draw the aliens' attention away from his friends and family.

It's no mean feat for Austin to raise his hand in class on a good day, so how does Kyra expect him to convince other aliens to be their allies and negotiate safe passage to the beacon? Middle school is hard enough without being impersonated by Dethcors and breaking through starship blockades. And can the kid who has a hard time completing a sentence when talking to a girl really become the hero who saves the universe?

What listeners say about The Orion Medallion