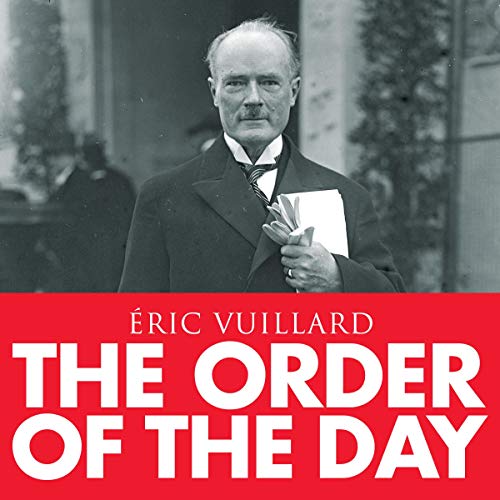 The Order of the Day

By: Mark Polizzotti,Éric Vuillard
Narrated by: Leighton Pugh
Try for $0.00

Winner of the 2017 Prix Goncourt

Éric Vuillard’s gripping novel The Order of the Day tells the story of the pivotal meetings which took between the European powers in the run up to World War Two. What emerges is a fascinating and incredibly moving account of failed diplomacy, broken relationships and the catastrophic momentum which led to conflict.

The titans of German industry - set to prosper under the Nazi government - gather to lend their support to Adolf Hitler. The Austrian Chancellor realises too late that he has wandered into a trap as Hitler delivers the ultimatum that will lay the groundwork for Germany’s annexation of Austria. Winston Churchill joins Neville Chamberlain for a farewell luncheon held in honour of Joachim von Ribbentrop: German Ambassador to England, soon to be Foreign Minister in the Nazi government, and future defendant at the Nuremberg trials.

Suffused with dramatic tension, this unforgettable novel tells the tragic story of how the actions of a few powerful men brought the world to the brink of war.

What listeners say about The Order of the Day