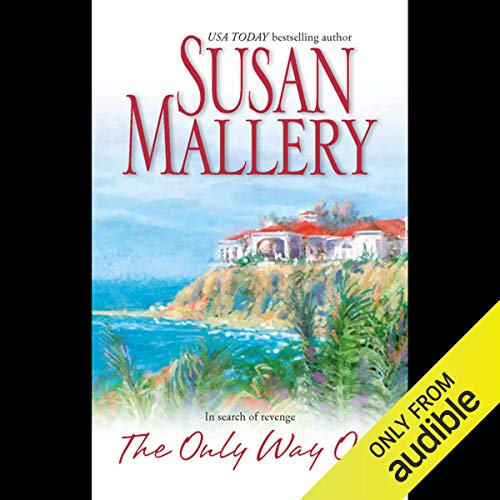 The Only Way Out

By: Susan Mallery
Narrated by: Savannah Richards
Try for $0.00

Andie Cochran thought she had at last escaped the clutches of her ruthless, power-mad ex-husband -- but then he abducted the child she loved more than life itself. And now, alone in a foreign country, she had no one to turn to but another very dangerous man -- a man who awakened passions she had thought long dead.

Jeff Markum had come to this place in search of revenge, not caring that death could easily be the price he had to pay. But now, against his will, a woman was making him care about something more than vengeance -- a woman who had once belonged to the very man he meant to destroy.

What listeners say about The Only Way Out

I really like Susan Mallery books and this one did not disappoint. I couldn't give it 5 starts because at times the story did drag a bit. However, the ending was worth it. I cannot say enough good things about the narrator and how well she did all the voices. Great listen!

Exciting storyline, great romance and very good narrator. I always enjoy Susan Mallery and always go back and listen again to her stories.

I recommend this book.

I love Susan Mallery books. I thought this was a well written book, and I love this narrator. However, this book was so sad. I got so depressed listening to it. Of course the end was happy, but I wouldn't want to listen to it again. I have to agree with one review, the male hero was really mean at times. He blamed the female heroine, when the problem was with him and his own shortcomings, not hers.

I usually don't find myself at such odds with the other reviewers, but I did not find this story to be enjoyable. It simply became irritating to have the male lead continually blame the female lead for the death of his family when she had absolutely NOTHING to do with it. His resentment and bitterness just went on and on way too long, and I found myself tuning out. I had to force myself to keep going back again in hopes of finding this great story the other reviewers referred to that I somehow was missing.

And the narrator was not good either. She repeatedly had a mouth full of spit that she had to swallow which was not pleasant to listen to AT ALL, and her portrayal of the female lead's son just came across like a person with a head-cold rather than a child. My recommendation would be to skip this one and tune into Susan Mallery's "Buchanans" series. To me, this book was just wasted time that I will never get back.

I like some Susan Mallery books (spec. The Best of Friends, the Lonestar Sister Series and Sizzling) but this one was slow and boring.

Good not your typical plot

Kept me going I enjoyed the plot and narrators voice my only Complaint was hearing the narrator swallow..

Out of all Susan Mallery books I could have skipped ever reading/listening to this one.