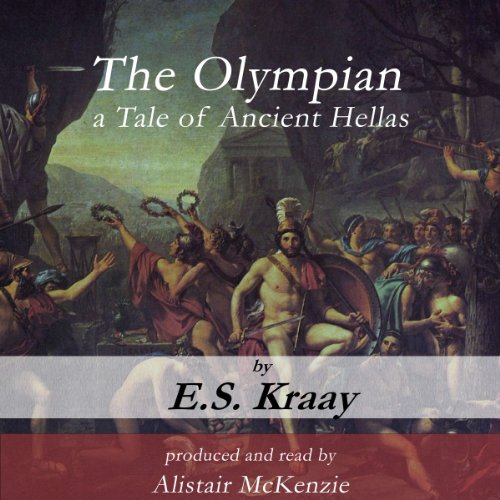 In the 75th Olympiad by Greek reckoning, the strongest, fastest, quickest, and most agile men in Hellas gathered at Olympia to celebrate life through athletic competition. That same year, 480 BCE by our reckoning, the Persian emprie ruled the known world save for that small peninsula dominated by a dozen democratic city-states.

To avenge the defeat of his father on the plain of Marathon 10 years earlier, Xerxes, the great king, amassed an army a million men strong to bring these free states to heel. Amid the cheering crowds, the sweat, dust, and blood on the Elisian fields of friendly strife, and threatened by the impending clash of armies with the fate of Western Civilization in the balance, two men, one a boxer, the other a poet, come to the revelation that the true worth of a man is based on more than what he does for himself.

The Olympian explores a little known reason why only 300 Spartans faced a million men in the Thermopylae Pass, and stands as tribute to those extraordinary warriors who waged a battle that saved Western culture.