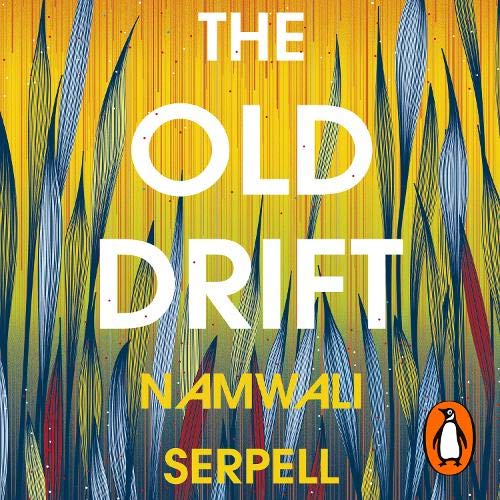 Electrifying, playful, ambitious, brilliant - a Zambian debut novel that follows three generations of three families, telling the story of a nation, and of the grand sweep of time.

On the banks of the Zambezi River, a few miles from the majestic Victoria Falls, there was once a colonial settlement called The Old Drift. Here begins the epic story of a small African nation, told by a mysterious swarm-like chorus that calls itself man’s greatest nemesis. The tale? A playful panorama of history, fairy tale, romance and science fiction. The moral? To err is human.

In 1904, in a smoky room at the hotel across the river, an Old Drifter named Percy M. Clark, foggy with fever, makes a mistake that entangles the fates of an Italian hotelier and an African busboy. This sets off a cycle of unwitting retribution between three Zambian families (black, white, brown) as they collide and converge over the course of the century, into the present and beyond. As the generations pass, their lives - their triumphs, errors, losses and hopes - form a symphony about what it means to be human.

From a woman covered with hair and another plagued with endless tears, to forbidden love affairs and fiery political ones, to homegrown technological marvels like Afronauts, microdrones and viral vaccines - this gripping, unforgettable novel sweeps over the years and the globe, subverting expectations along the way. Exploding with colour and energy, The Old Drift is a testament to our yearning to create and cross borders, and a meditation on the slow, grand passage of time.

"It’s difficult to think of another novel that is at once so sweepingly ambitious and so intricately patterned, delivering the pleasures of saga and poetry in equal measure. The Old Drift is an endlessly innovative, voraciously brilliant book, and Namwali Serpell is among the most distinctive and exciting writers to emerge in years." (Garth Greenwell)

What listeners say about The Old Drift

The story is epic and narrator is so versatile!

The story is epic but without the narrator, I don’t think I would have finished the book.

An amazingly written story , reminiscent of an African folks- legend from " Zambian mythology" with rich creative language superimposed into modern and futuristic tale or saga. I felt (as an ancient colonial myself)there were many lessons to be learn from this brilliant young writer. Maybe it was too drawn out and had a complexity of times and characters . At one point, I was confused and almost gave up listening. But I am glad I persevered rather like "War and Peace" .
The narrators had excellent voices but not all the accents were believable..Nyla sounded South African?

I am familiar with the places and languages about so it was a wonderful journey for me.
It is a wonderful African a story with all the complexities woven in its tapestry.
Magnificent characters well developed and compelling themes.
Read the book it’s a wonderful ride.

I didn't care for the mosquito narration but then all of a sudden I did.

A true epic spanning generations and the connections between characters kept surprising me even when I should have known better.

Seemed very long and dragging at the start, but once the book gets to its core is amazing, so many twists and turns and I loved the sci-fi aspect of the book. This books shows the complexities and diversities of Africa and Africans are not just a monolith. I didn’t really consider Zambia much but it was lovley learning about the histories of a nation

What a time of History!

This is my first Namwali Serpell book. I heard her sharing on a BBC podcast and knew I had to investigate this book. I was taken on a well navigated tour of Zambia with the astonishing aplomb of her awesome writing. The awareness of the many subjects was amplified by the depth of serious thought on all fronts. The characters are like family and the protagonists never disappoint in any way. I listened to this book continuously until the twist at the end. I felt anxiously satisfied but then I wanted a happier ending. Namwali Serpell is a force of nature in my book. Speculative fiction b comes her. The narrators were simply rivetting, concise, deeply emotive and absolutely the perfect choice.

I have found another African author to add to my gallery of storytellers.

Meandering story that never quite delivers

The narration is great, but the story just never delivers anything coherent. It was fairly entertaining, and nice to hear from characters under-represented, but the story just felt bloated and without clear objective. The poetry bits also felt pretentious like GCSE material

the book is long and meandering. there are beautiful descriptions and turn of phrases but ultimately I was not really that interested in any of the characters or what they got up to. the narrative is riddled with cynicism where every relationship is broken or doomed.

I'm not really sure if this is the point, but the story just sorts of drifts back and forth rather than anything much actually happening.

very well read, but ultimately not for me.