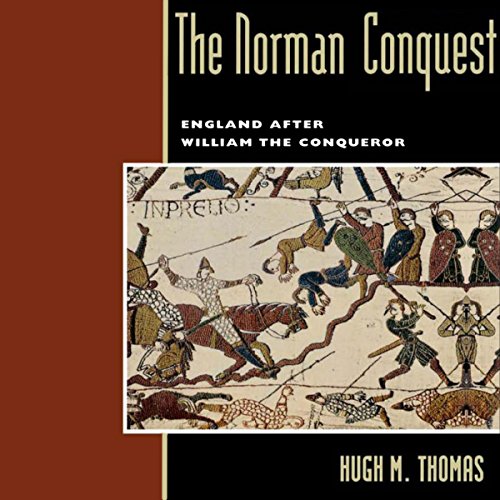 By: Hugh M. Thomas
Narrated by: James McSorley
Try for $0.00

Exploring the successful Norman invasion of England in 1066, this concise and listenable book focuses especially on the often dramatic and enduring changes wrought by William the Conqueror and his followers.

From the perspective of a modern social historian, Hugh M. Thomas considers the conquest's wide-ranging impact by taking a fresh look at such traditional themes as the influence of battles and great men on history and by assessing how far the shift in ruling dynasty and noble elites affected broader aspects of English history.

The results, Thomas convincingly shows, are both complex and surprising. In some areas where one might expect profound influence, such as government institutions, there was little change. In other respects, such as the indirect transformation of the English language, the conquest had profound and lasting effects that transformed society as a whole.

"The concision and comprehensibility that Professor Thomas achieves… is a high recommendation for the book." ( H-Net)
" The Norman Conquest is an up-to-date summary and interpretation of the most recent scholarship on the events leading to the invasion of England in 1066 and on the conquest's long aftermath." (William C. Jordan, Princeton University)
"This lively, engaging, and accessible book will be an ideal introduction for students and general readers to the consequences of the Norman Conquest upon England." (Robert C. Stacey, University of Washington)

What listeners say about The Norman Conquest