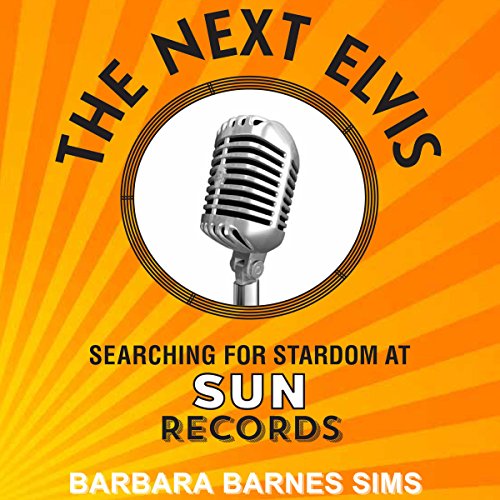 An American institution, Sun Records has a history with many chapters: its Memphis origins with visionary Sam Phillips, the breakthrough recordings of Elvis Presley, and the studio's immense influence on the sound of popular music. But behind the company's chart toppers and legendary musicians there exists another story, told by Barbara Barnes Sims. In the male-dominated workforce of the 1950s, 24-year-old Sims found herself thriving in the demanding roles of publicist and sales promotion coordinator at Sun Records. Sims's job placed her in the studio with Johnny Cash, Roy Orbison, Jerry Lee Lewis, Charlie Rich, Carl Perkins, and other Sun entertainers, as well as the unforgettable Phillips, whose work made the music that defined an era. Her disarming narrative ranges from descriptions of a disgraced Jerry Lee Lewis to the remarkable impact and tragic fall of DJ Daddy-O Dewey to the frenzied Memphis homecoming of Elvis after his military service. Collectively, these vignettes offer a rare and intimate look at the people, the city, and the studio that permanently shifted the trajectory of rock 'n' roll.

The book is published by Louisiana State University Press

"Sims's book catches the unique Sun milieu of hustling bohemians, purely Memphis-style, in their missions to make money, change the world, and get to work the next day with a clear head. It's the Sam Phillips legend as everyday life..." (Greil Marcus, author of The History of Rock 'n' Roll in Ten Songs)
"A fascinating addendum to the story of one of the greatest record labels of all time and a snapshot of the record business during one of the most exciting eras in American music." ( Memphis Commercial-Appeal)
"Offers a rare opportunity to experience exactly what it was like inside that dingy, unpretentious little office/studio where colorful, larger-than-life personalities helped lay the foundation of an exhilarating, burgeoning new genre." ( Pop Culture Classics)

Review A woman working at an influential level in the music business, Sun Records no less, and in the 50s! Just the seeing names of the stars was enough to attract me to this book. Sadly though, what could have been an exciting read turned out to be a tad disappointing.All the information I wanted is there, but it reads like a rather boring history, which is great if that's all you want. I didn't get any sense of the vibe of those times, I had wanted to live it through the authors retelling, but that just didn't happen for me.To summarise: Excellent source of historical detail but a very dry account of an interesting time in the popular music industry. Disappointing.NarratorLee Ann Howlett did a darned good job considering the somewhat emotionless and dry story she had to relate, I doubt anyone's ability to make this sound interesting. Good job Lee Ann!This audiobook was provided by the narrator. In return, this is my honest review

I'm from the south (North Carolina) and around the same age as the author, Barbara Barnes, and I loved her story. Hearing about the antics of these musicians that I listened to via their records made me feel like I was there. Jerry Lee Lewis was even crazier than I thought he was. The part where he blindsided everyone at Sun Records when he married his cousin was priceless. I had no idea that the English press reported the story before the people at Sun knew what he had done. Johnny Cash came across as an interesting person. Of course, listening to what it was like working for Sam Phillips was fun. I was impressed by how well Barbara handled duties for Sam like writing the liner notes for albums and having to 'sell' records to various disc jockeys around the country. I'm not sure I could have handled the pressure or the egos.

Lee Ann Howlett did a great job telling Barbara's story. She has just enough of a southern accent to make her seem like the author was looking back and relating the events to you. She was also good when narrating the humorous parts and there were plenty of them.

Not my type of book/narrator!

Honesty is hard sometimes, and this book was just boring. I am sorry! I found Barbara Barnes Sims look into Sun Records boring! It is just lame, uninteresting and bland! So what are i giving the 2 stars for? Well, it did not make offended in any way, and it could be that i am just not that interested in the source material! So maybe this interest YOU, but for me i had a boring 6 hrs and 41 mins. I did finish the book, so i have to give it 2 stars, because there are books i have not finished!

So was it 6 hrs and 41 mins with Barbara Barnes Sims or Lee Ann Howlett i had the most trouble with? I am not sure to be fair, because a more boring narrator i think you should look for a long, long time! She is still not the WORST, and like i said i did finish the book, but she did not make the book better. That is for sure! So my 2 advise is this: Listen to the sample, and if you find that and the topic interesting: Get this, if not: Stay away!

Should Have Been Really Good

When reading the description for this book, I thought I was in for a treat. However, only about 1 hour of the 6 1/2 hours is of any interest. Way too much about Barbara the secretary and not enough about the people we expected to hear about. Oh well, if you feel like listening to a barely acceptable narrator for six plus hours to get a few tidbits on Jerry Lee Lewis, Carl Perkins, Roy Orbison, etc, give it a try "I was provided this audiobook at no charge by the author, publisher and/or narrator in exchange for an unbiased review via AudiobookBlast dot com"