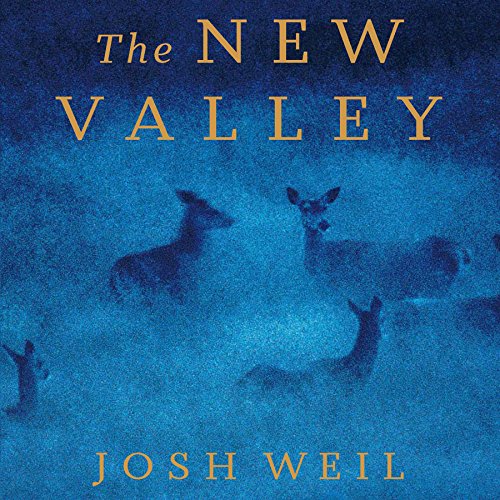 By: Josh Weil
Narrated by: Macleod Andrews
Try for $0.00

The three linked novellas that comprise Josh Weil's masterful debut bring us into America's remote and often unforgiving backcountry, and delicately open up the private worlds of three very different men as they confront love, loss, and their own personal demons.

Set in the hardscrabble hill country between the Virginias, The New Valley is populated by characters striving to forge new lives in the absence of those they have loved. Told in three varied and distinct voices - from a soft-spoken middle-aged beef farmer struggling to hold himself together after his dad's death; to a health-obsessed single father desperate to control his reckless, overweight daughter; to a mildly retarded man who falls in love with a married woman intent on using him in a scheme that will wound them both - each novella is a vivid, stand-alone examination of Weil's uniquely romanticized relationships. As the men battle against grief and solitude, their heartache leads them all to commit acts that will bring both ruin and salvation.

Written with a deeply American tone, focused attention to story, and veneration for character, The New Valley is a tender exploration of survival, isolation, and the deep, consuming ache for human connection.

What listeners say about The New Valley