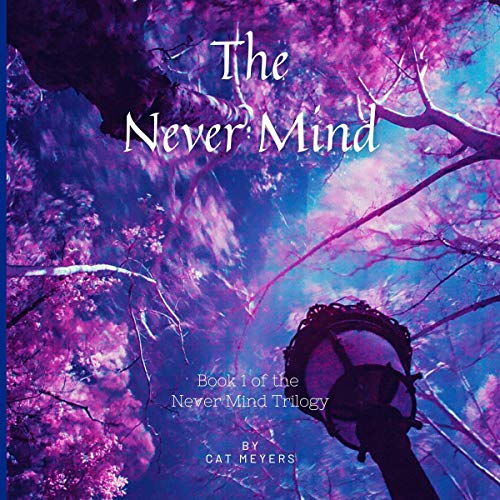 By: Cat Meyers
Narrated by: Shelley Reece
Try for $0.00

Two sisters. One destined for the crown, one doomed to silence. Princess Astrid and Princess Vega are identical in every way - except one was born near perfect, the other “deficient”. Born mute. By age six, their fates are sealed. Vega will be the next queen. Astrid, the silent princess, will spend the rest of her days rotting away in a facility. It is a time when the planet has been ravaged by global warming. Famine and disease demand drastic measures to preserve resources that are already stretched paper thin. The only thing standing between Astrid and the facility, a mother’s love.

What listeners say about The Never Mind

A YA fantasy about hardship and found family

Astrid and Vega are twin princesses, but Astrid is not considered such because she's mute, so their mother makes a plan when the girls are five, to get her out of the castle and into a special treatment centre before she's sacrificed, but when they're just about to complete the plan, they realise they've been betrayed, so their mother dies. With her memories gone, Astrid gets taken to her destination, where there are magical waters that transform her disability into a superpower. She grows up in the place where she'll met her destiny one day.

I found myself constantly invested in the story and the characters. Even though they're common extreme tropes, I cannot wait to find out what happens on the next book because this ends on a huge cliffhanger!

The writing style is heavily based on dialogue and the thoughts of specific characters, which made it easy to go through. I listened to the audiobook and the narrator did such a great job I didn't have to make an effort to know who was talking when.

I Need to Know What Happens Next!

This book started off kind of slow and I was starting to get bored, but then it started getting better and better. To be honest, the ending was the best part of the book. It definitely ended on a cliffhanger of sorts and now I can’t wait to listen to the second book in the series. I’m still not sure that I like Astrid. I want to, I really do, but she just bugs me. She is very self-centered. I think she’s supposed to just be focused on doing only good things, but it somehow comes across as her not being very nice. However, the story as a whole is strong and leaves me wanting to know what happens. I can’t just stop here. I’ve got to find out. The narrator was great. I really liked her reading style and would definitely listen to more books read by her. Overall, this is a great book with a great narrator. I received this book for free at my request from Audiobook Boom.

Devoured this book so quickly!

The Never Mind, Book 1 in The Never Mind Trilogy by Cat Meyers was just great! I listened to it pretty quickly, as I wanted to know what happened next. Obviously, it was easy to guess where the ending of Book 1 would be after listening to the prologue, but the story and the world that Ms. Meyers created allows the listener to be able to really envision the Never Mind and grow to like most of the characters and their stories. Ms. Meyers is a new author to me and honestly, I've already checked to see if Book 2 was available on Audible. I really enjoy her style of storytelling and I can't wait to listen to Book 2-I would definitely recommend this book if the summary sounds good. It was quite an enjoyable listen!

Shelley Reece is a new narrator to me. Several times throughout listening, I was struck by how fabulously she narrated each character's unique voice and how I was amazed at how effortlessly she switched between some of the characters such as Astrid and Chance or Astrid and Owen. She did a really great job and I'll be sure to check out more of her work in the future. I was voluntarily provided this free review copy audiobook by the author, narrator, or publisher for an honest review. Did you find this review helpful? If so, would you please take a moment and select the 'helpful' button below? Thanks so much!

A tale of two sisters, twins, physically identical in all but one way: one of them was mute. In a future world ravaged by global warming, to preserve resources for the fit and healthy, deficiency laws required all children with disabilities to be sent, aged six, to special facilities to live out the remainder of their short lived with insufficient, inferior food, health care or education. Refusing to let this happen to one of her daughters, their mother, the queen, plans an escape but dies in the attempt, betrayed by one of the children. Astrid, however, is successfully removed and, after a brief hitch, spends the rest of the book growing into her teens in Never Mind.

A strange book, with lots of dialogue, simply written between conversation, a near future fantasy with plenty of low grade action. It is obviously aimed at younger readers, children and young teenagers, presumably, as it is full of character insecuities, instant juvenile crushes, emotional angst, jealousy, tears and wet, sloppy kisses especially as the book progresses beyond Astrid as a young child. There is also an element of super hero, special abilities imbued in both Astrid and her companions, though this is kept mostly in the background and earlier in the story was, for this reader, reminiscent of Raoul Dahl stories like Mathilda.

Narration, by Shelley Reece, was clear and well articulated, her voicings differentiated and her rather girlie timbre well suited for a children's book. Not initially pleasing to this readers ear, her performing voice soon became more acceptable and was, overall, good.

My thanks to the rights holder and Audio books Unleased who, at my request, freely gifted me with a complimentary copy. Did I enjoy it? Personally, no, not really although some elements were intriguing. I am far too old to be anywhere near the target age group and for me it was too childishly written to transcend the age gap. Indeed, I fear that many young adults would find it unacceptably imature. But it could well be exciting ( and containing that 'yuk' factor ) for children under mid teen. With a little adjustment, it could make an interesting film, too. For this reason, rather than my own preferences, I'm awarding it a star rating of 4 .

Cat Meyers has written a creative and entertaining coming-of-age fantasy set in a dystopic world. There were times when I just had to listen to the next chapter as I couldn't wait to find out what would happen next. This book does end on a cliffhanger and I am looking forward to the next book in the trilogy. Shelley Reece's narration is great, adding to the enjoyment of the tale. I requested this audiobook from Audiobooks Unleashed and have voluntarily left this review.

Truth be told, (well, I have to be honest because I got this copy as a free audio arc in return for my candid opinion), there were a few things that needed tweaking -
Not the story – royal twins separated at a young age due to one (Astrid) being a ‘deficient’ and destined for life In Oceali’s evil institutes, while the ‘normal’ one (Vega) grows up as the princess destined to be queen. Luckily Astrid is rescued from life in incarceration (along with other ‘deficient’ children) and taken to a remote island called the Never Mind, where, at a school for ‘deficients’, ‘their deficiencies are cured by drinking magical spring waters which, in turn, turn their deficiencies into a superpowers. All is sweetness and light, and lots of learning for years, until an Oceali pilot crashes into the sea close to the Island of Never Mind and is rescued by the children, (now young adults), and Astrid falls in love with him. Unbeknownst to her, he is her sister’s lover. The story outline is interesting enough and warms up to a few nice twists.
So, the story holds great promise, and I am sure as it develops in the next book it will be just as interesting, but I did feel that while the beginning and the end of the story were enough to keep me reading/listening, the rest was slightly drawn out and lacked spark. I remember thinking that maybe if the author had written the story in the first person and used book 1 to tell the story in flashbacks, it may have worked better for me. Of course, I am not the target audience (I would say 11years- 16 years) so it might just work for them.
That said, I then tried to think if the target audience would see past the lack of world building. The descriptions of Oceali and how it functioned seemed, to me, superficial and I wanted to know more about it. And yes, the island sounded nice enough, obviously better than Oceali, but it could have been any place in England on a summer’s day. Another thing I thought odd was if it was populated with people with superpowers then surely one of them would have had more brain cells than to come up with turbines and solar power for power. I guess I wanted something original and exotic and couldn’t find it.
I also noted how while Astrid’s superpower was in her voice, she failed to use it when it counted - and she was classed as intelligent- especially when it was obvious what she should do – aka ask the pilot to tell the truth the minute she met him, or at least when he was professing his love for her, or command soldiers to drop their guns (she could have done this on several occasions then taken the guns for her and her friends) or freeze the helicopters before they dropped the bombs etc etc.
And if I read/hear the word ‘bananas’ one more time…….
But as already said, I am not an 11 year old so perhaps I am just being a little picky.
However, none of the above will stop me reading/ listening to the next book in the series, (out soon I believe), because I am actually curious about Astrid and her part in the story – she was a well written character that you could get to like, and I am a bit of a sucker for a good romance.
While here I would also like to congratulate the narrator who did a wonderful job on the audio book.

wonderful book loved every minute of it
Two sisters. One destined for the crown,
one doomed to silence. Princess Astrid and Princess Vega are identical in every way