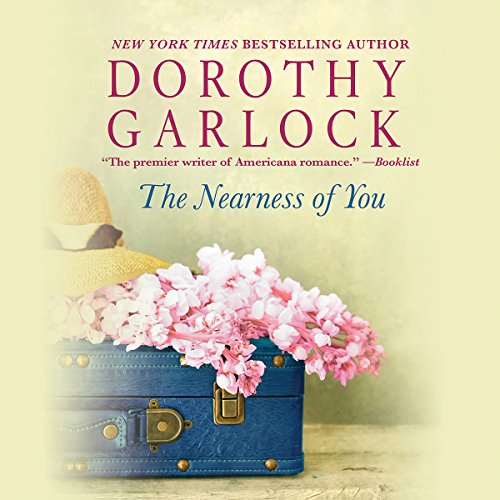 The Nearness of You

By: Dorothy Garlock
Narrated by: Bailey Carr
Try for $0.00

Hooper's Crossing, New York, 1952. The postwar boom seems a million miles away...especially for a sheltered librarian who longs for the adventure and excitement of the big city.

New York City. The hustle and bustle. The people and the excitement. It's all Lily Denton dreams about. But ever since her mother died, her overprotective father won't ease up on her. So she spends her days working at the library and her nights hoping life doesn't pass her by...until the Fall Festival. As tourists fill the streets, the crisp autumn air sneaks in - as does the thrill of a far more dangerous kind.

Some men have a gift for avoiding trouble. Professional photographer Boone Tatum isn't one of them. In fact that penchant for trouble is exactly what landed Boone in this small town in the middle of nowhere in the first place. Yet the moment he meets beautiful Lily Denton and snaps her photograph, everything changes. Suddenly leaving is the furthest thing from Boone's mind - or his heart.

But danger has slipped silently into this sleepy town, marking Lily as its own. And Lily and Boone's dream of a life together is thrown into peril - unless Lily finds the courage to stand up for herself and a man she only just met...and can't live without.

What listeners say about The Nearness of You