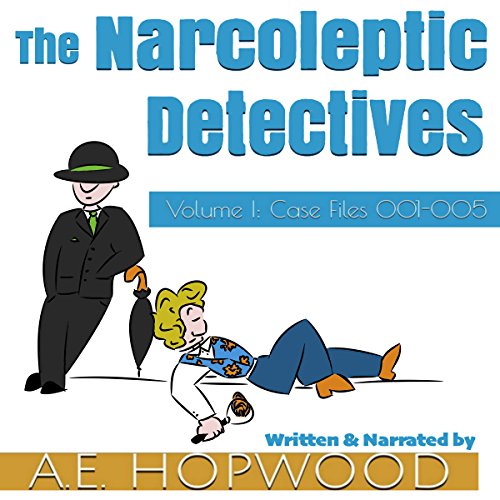 Discover the sleepy little hamlet of Bard's Head and meet the sleepy detectives who operate there. Join George Tewksbury and Ellery Forbes in this collection of their first five whimsical, and more-than-slightly silly, cases.

In which Professor Kingfisher Potts, Head Zookeeper at the Bard's Head Zoo, discovers his star giraffe is suddenly a vibrant, bright blue color.

In which someone is threatening Captain Banana McBannon by vandalizing the mermaid figurehead on her touring replica pirate ship in the wee small hours of the night.

In which magician Presto DeMarco's lovely assistant disappears in the middle of his act, and doesn't reappear.

In which Tewksbury and Forbes go undercover at the International Championship of Yodeling to find yodeler Tirolean Knopf's missing lucky lederhosen.

In which the narcoleptic detectives face off again against a rival pair of big city P.I.s in a race to discover who stole the mayor's prize statue, "Ham Sandwich."

George and Ellery are aided in their efforts by their elderly secretary, Ermengarde Lilliput, who offers sage advice whilst never missing a stitch in her knitting, and Officer Apricot Dorrit, a no-nonsense policewoman who is often secretly amused by their antics. Get ready to giggle at the screwball shenanigans of these slumbering sleuths!

What listeners say about The Narcoleptic Detectives