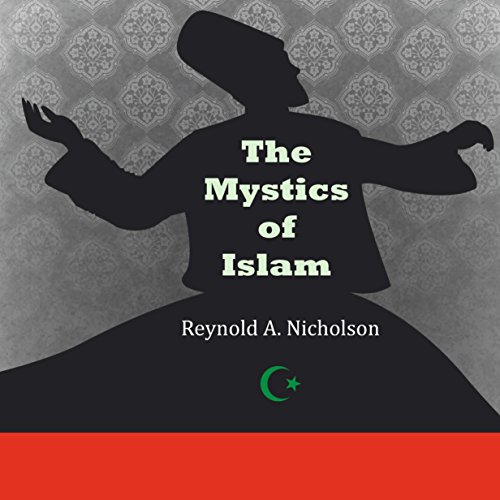 The Mystics of Islam

By: Reynold A. Nicholson
Narrated by: Clay Lomakayu
Try for $0.00

Sufism, the religious philosophy of Islam, is described in the oldest extant definition as "the apprehension of divine realities", and Mohammedan mystics are fond of calling themselves Ahl al-Haqq, the "followers of the real". (Al-Haqq is the term generally used by Sufis when they refer to God.) In attempting to set forth their central doctrines from this point of view, I shall draw to some extent on materials which I have collected during the last 20 years for a general history of Islamic mysticism - a subject so vast and many-sided that several large volumes would be required to do it anything like justice. Here I can only sketch in broad outline certain principles, methods, and characteristic features of the inner life as it has been lived by Moslems of every class and condition from the eighth century of our era to the present day. Difficult are the paths which they threaded, dark and bewildering the pathless heights beyond; but even if we may not hope to accompany the travelers to their journey's end, any information that we have gathered concerning their religious environment and spiritual history will help us to understand the strange experiences of which they write. In the first place, therefore, I propose to offer a few remarks on the origin and historical development of Sufism, its relation to Islam, and its general character. Not only are these matters interesting to the student of comparative religion; some knowledge of them is indispensable to any serious student of Sufism itself. It may be said, truly enough, that all mystical experiences ultimately meet in a single point; but that point assumes widely different aspects according to the mystic's religion, race, and temperament, while the converging lines of approach admit of almost infinite variety.

What listeners say about The Mystics of Islam

Very interesting topic. Boring narrator. Couldn’t stick with it even though it was interesting the book took a while to get through and put me to sleep. Re launch it and it might sell better.