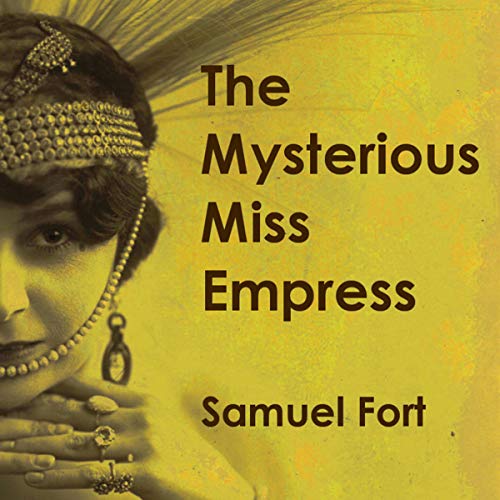 Marie Empress was an English singer, dancer, male impersonator, and comedienne who performed in vaudeville and theater around the world at the turn of the 20th century. She achieved her greatest success as an actress in early American motion pictures, circa 1910-1917, and was known as "the sublime vampire woman." She was considered one of the most beautiful women in the world, and for a short period, her star was very bright.

But her life, like her sudden appearance on the world stage in 1910, and her disappearance less than a decade later, is cloaked in mystery.

She had many names and many histories.

Beneath every mask was yet another mask. She claimed to be born in France, England, and the United States, and on different years.

She identified several imaginary family members but never a real one. She kept strange company and disappeared for months at a time from the public view. She never once provided the name of a family member as a point of contact on a ship's manifest, despite having crossed the Atlantic more than a dozen times, often with the stated objective of visiting with them. There were rumors that she was connected to the British aristocracy or perhaps the Rothschild family and that her unceasing obfuscations were an attempt to conceal her pedigree.

Empress was so gifted at misdirection that the world assumed her mysterious 1919 disappearance was a publicity stunt. It was, after all, a very odd disappearance. The events leading up to it and the events after it were markedly peculiar? Long after she was last seen in public, newspapers continued to proclaim the inevitable, imminent reappearance of the missing vampire woman.

They were wrong. But what really happened?

What listeners say about The Mysterious Miss Empress