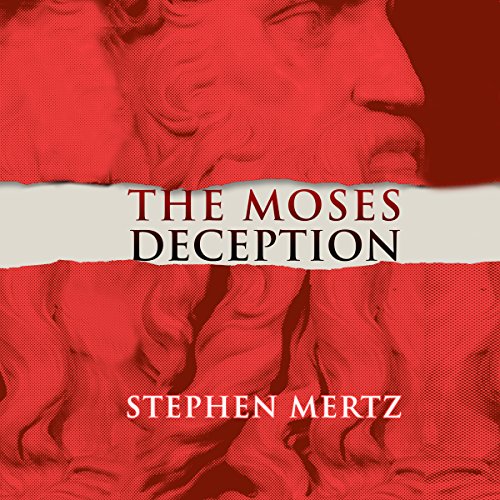 By: Stephen Mertz
Narrated by: Adam Jeffrey Hanin
Try for $0.00

Archeologists Adam Chase and Lara Newton head an archeological dig in the mountainous, arid no-man's-land on the border of Turkey and Syria, sponsored by an eccentric billionaire recluse, Buckeye Calhoun, whose obsession is Biblical inerrancy. A hillman attached to the dig leads Adam and Lara to a stunning discovery in a remote cave: a hidden ancient fragment of the tablets shattered by Moses upon his first descent from Mount Sinai. The fragment indicates a Commandment not among the Ten included in the second set of tablets Moses presented to his people; one that, when revealed, will have an enormous impact on military conflicts.

Before Adam and Lara can evacuate the dig site, they're caught up in the bloody civil war gripping the region. Ambushed by rebels, the duo flees the Country with the artifact in hand. Alone, in danger, and not sure who to trust, Adam and Lara must attempt to verify the tablet's authenticity, knowing very well that what they find could change the world forever.

What listeners say about The Moses Deception

I enjoyed this book. The plot was interesting and the ending was unexpected. My copy repeated itself a several times. Maybe it was just my copy. I would like to have learned more about the Moses in the story.

What disappointed you about The Moses Deception?

Good up til the 10th section. Now the narrator reads a little, you get 3 knocks, and it repeats the last couple words read and goes on. If it was only once or twice it wouldn't be bad, but it's happening over and over. Hopefully it will go back to normal with the next section, because the story is good so far. But I won't be willing to go through the next 2/3's of the book like this

I liked this book.It had a lot of action and intrigue.Adam Jeffrey Hanin was a fine narrator.I was voluntarily provided this free review copy audiobook by the author, narrator, or publisher.”

Such an awesome story!

I knew I would like this from the first chapter:) Action packed, excitement and lots of twist and turns keep me with headphones on while I did my weekend stuff.

I hope there is more:)