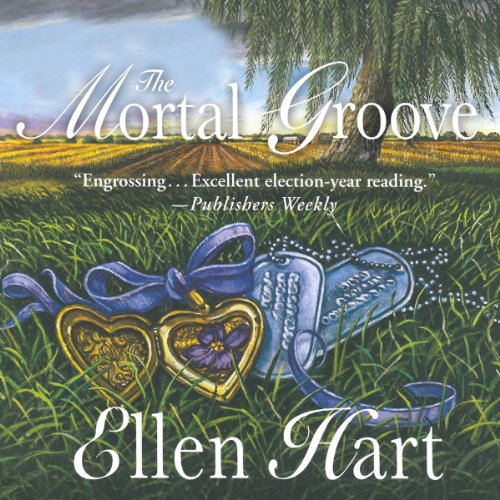 By: Ellen Hart
Narrated by: Aimee Jolson
Try for $0.00

Minneapolis restaurateur and amateur sleuth Jane Lawless is in the middle of ringing in the New Year the best way she knows how - with her family, friends, and some excellent champagne - when the biggest financial backers in Minnesota politics break up the party with a little backroom proposition for her father: How'd he like to be the state's next governor? Flattered, Ray Lawless, a retired defense attorney, agrees to run, and the latecomer's sprint to the state capital is going great until reporters and opponents start digging up the kind of dirt that is more valuable than gold out on the campaign trail. He and his family are fair game, but worse than that, so are the men running his campaign. Their secrets, involving the mysterious death of a young woman, have been buried since the summer they all came home from Vietnam. Unfortunately for Jane and her father, those secrets won't stay that way for long. The Mortal Groove, the newest addition to Lambda and Minnesota Book Award - winning author Ellen Hart's multilayered Jane Lawless series, is a haunting tale of dark secrets that is sure to satisfy.

What listeners say about The Mortal Groove