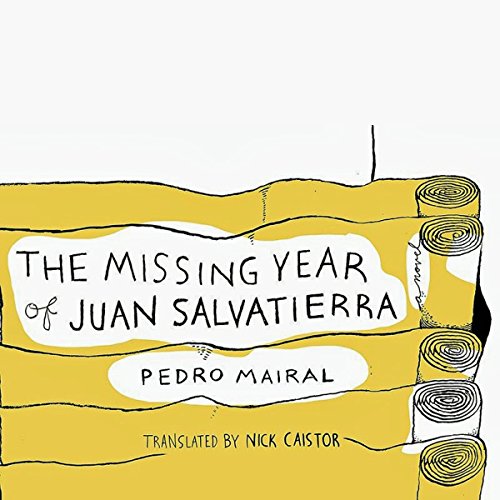 The Missing Year of Juan Salvatierra

By: Pedro Mairal
Narrated by: Tony Chiroldes
Try for $0.00

At the age of nine, Juan Salvatierra became mute following a horse riding accident. At 20, he began secretly painting a series of long rolls of canvas in which he minutely detailed six decades of life in his village on Argentina’s river frontier with Uruguay. After the death of Salvatierra, his sons return to the village from Buenos Aires to deal with their inheritance: a shed packed with painted rolls of canvas stretching over two miles in length and depicting personal and communal history. Museum curators from Europe come calling to acquire this strange, gargantuan artwork. But an essential roll is missing. A search ensues that illuminates the links between art and life, as an intrigue of family secrets buried in the past cast their shadows on the present.

What listeners say about The Missing Year of Juan Salvatierra

A heartfelt story of an artist and his community

What made the experience of listening to The Missing Year of Juan Salvatierra the most enjoyable?

The narrators delivery was very engaging.

How important is shows that it is to be connected with your community.

When they begin the search for the missing painting.

If you could take any character from The Missing Year of Juan Salvatierra out to dinner, who would it be and why?

Juan, he was the artist that captured the village's past in the scrolls.

The narrator really made this book interesting to listen to.

Would you listen to The Missing Year of Juan Salvatierra again? Why?

Maybe. I don't usually listen to things more than once, but this one is so short it would be a great audiobook for a quick road trip.

Tony Chiroldes is a new-to-me narrator and he was SO good. His voice was so full of emotion and was just lovely to listen to.

Just a wonderful story. I loved listening to this.