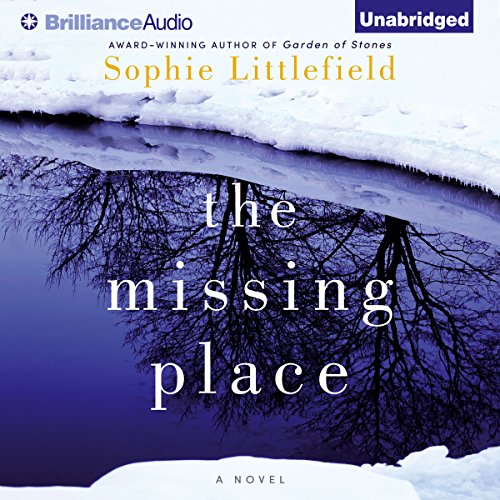 Set against the backdrop of North Dakota’s oil boom, two very different mothers form an uneasy alliance to find their missing sons in this heartrending and suspenseful novel from the Edgar Award–nominated author of Garden of Stones.

The booming North Dakota oil business is spawning “man camps,” shantytowns full of men hired to work on the rigs, in towns without enough housing to accommodate them. In such twilight spaces, it’s easy for a person to vanish. And when two young men in their first year on the job disappear without a trace, only their mothers believe there’s hope of finding them. Despite reassurances that the police are on the case, the two women think the oil company is covering up the disappearances—and maybe something more.

Colleen, used to her decorous life in a wealthy Massachusetts suburb, is determined to find her son. And hard-bitten Shay, from the wrong side of the California tracks, is the only person in town even willing to deal with her—because she’s on the same mission. Overtaxed by worry, exhaustion, and fear, these two unlikely partners question each other’s methods and motivations, but must work together against the town of strangers if they want any chance of finding their lost boys. But what they uncover could destroy them both…

Sure to please fans of Sandra Brown and Gillian Flynn, The Missing Place is a moving chronicle of survival, determination, and powerful bonds forged in the face of adversity.

Brilliant, then boring, then downright silly...

I wanted to read this book so much I pre-ordered it, something I've done only once before. As a former ND'er, I've been fascinated by the "man camps" serving the state's booming oil industry, and often thought that the whole setup would be a good setting for a novel. When I saw "The Missing Place" reviewed in Country Life magazine, I immediately looked to see where I could find it, and there it was, on Audible. Was I disappointed? Yes and no.

The parts of the book -- the early parts -- deal mostly with the man camps and the whole culture that has sprung up overnight, almost, with the thousands of men, mostly men, who move there to work in the daunting and dangerous mining business. I've read everything I can find on the camps, on life in that part of the State, and thought Littlefield did a very good job in "reporting", as it were, what life is like there, what the people are like, how native residents and the newcomers all manage to live together is such chaos. I enjoyed that part immensely -- in fact, in those early parts of the book, maybe most of the first half, the writing is nothing short of brilliant. Excellent, just excellent, the way she captures the scene, the emotions, the loneliness, the lack of access to most of the things we take for granted in other parts of the country. There aren't any heroes here -- no one comes off as saints, either, which is probably the way it is.

But then something happens -- can't even identify exactly what the problem is, but the book abandons the original tale (two radically different mothers, both searching for sons who have gone missing) and ranges off into something like conspiracy theory, weighing in on who, exactly, might have been responsible for the missing men. The mothers take leave of their senses, and in several totally ridiculous scenes begin showing up and accusing all sorts of people and institutions of evil acts, including (of course) the drilling company, but also the local Indian tribes, the BIA and assorted other interested parties. All of that is nothing short of bizarre -- the only mystery being why some of those tough customers didn't take legal action (or worse) against these two nutty women who barge unto private property and began throwing accusations of criminality around, all with no proof whatever.

From there, the book never really recovers. The "missing son" element is resolved, and from there, the book moves into a mother-love chronicle, which some readers might like, but wasn't what I had in mind. I finished listening, but the glow was most definitely gone.

Bottom line: Littlefield is to be commended for having broken ground with a novel set, at least partly, in the absolutely unique man camps of North Dakota. I presume she had to actually go there, to come up with such an accurate account -- which couldn't have been easy. That part of the book is brilliant, absolutely fascinating and deserves to be read.

Having said that, she would have been better off ending the book at a certain point -- which point I won't specify, for fear of giving spoilers, but anyone who reads the book will see where it changes from one story to another very different tale. There were two books here, and combining them wasn't the best idea.

While I'm glad I read it. I don't see myself going back to listen to this one again. I'll be waiting for more novels set in this highly unique location.