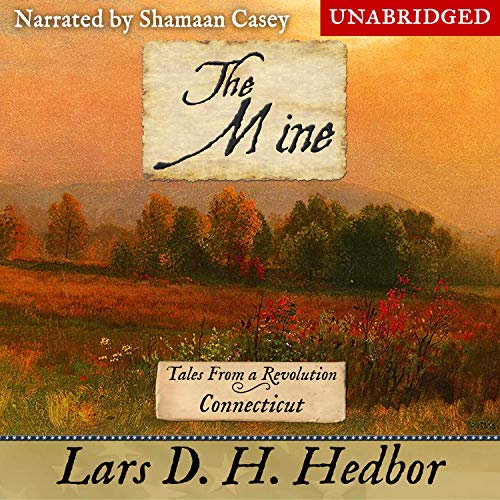 The Mine: Tales From a Revolution - Connecticut

Alec Tinworth joined the Loyalist militia to restore his family’s fortunes after his Connecticut neighbors rebelled against the British Crown. His own luck runs out when he is captured and thrown into the most notorious prison in the colony — a dank, abandoned copper mine. Hunger, disease, and his fellow prisoners all put his very survival in question. A desperate escape plan and new friendships are all that keep Alec going…but will they be enough?

The Mine is the Connecticut volume in the Tales From a Revolution series, in which each standalone novel explores how the American War of Independence unfolds across a different colony. If you you’ve ever wondered how the prisoners of war fared during the Revolution, you’ll find some of the disturbing answers in The Mine.

Listen to The Mine today and witness the American Revolution from underneath the earth!

What listeners say about The Mine: Tales From a Revolution - Connecticut

In spite of being in an American Revolutionary War reenacting family, our War Games were soldier (and family) versus soldier and for unknown reasons we never put any kind of emphasis on the Loyalists other than to assume that they fled to Canada or the West. Have to admit that I was appalled by the idea that they were treated badly during the course of the war even to the extent of being held in the kind of prisons used in the day. This story does admit to taking some historical licence by placing the prison in a mine and using the prisoners for hard labor rather unlike the accustomed placing of rebels into disease infested prison ships by the Crown forces. It is as moving a tale as the others by Hedbor and is one that makes the reader think again about man's inhumanity to man (there were no imprisoned women in this tale).
Once again the audio is performed by the wonderful voice of Shamaan Casey (reminiscent of James Earl Jones in younger days).

I have one complaint: I bought the Kindle copy time ago when it was on sale and expected to then purchase the audio at a discounted price when the audio came out but Amazon insisted on extracting the full price. Fortunately, I won a free audible copy in a giveaway!