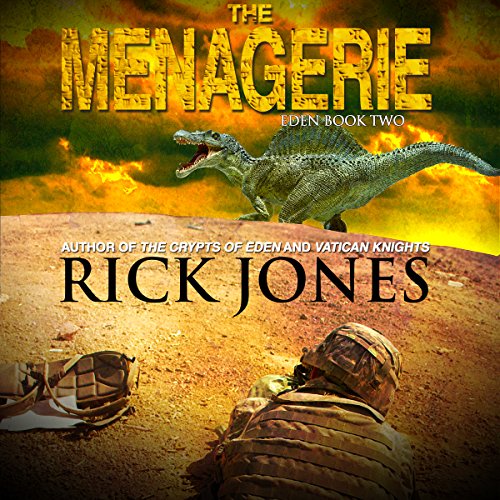 By: Rick Jones
Narrated by: Adam Jeffrey Hanin
Try for $0.00

Nearly 65 million years ago an asteroid collided with the Yucatan Peninsula in the fifth and final extinction event that nearly destroyed all life on Earth. But when a recent earthquake exposes something unusual 2,000 feet beneath the Yucatan Peninsula, cryptanalysts Alyssa Moore and John Savage are called in to investigate this peculiar structure that bears uncanny resemblances to writings discovered in Eden.

Working with the Department of Defense, John and Alyssa discover the remains of what is believed to be the cataclysmic bolide to have struck the Earth 65 million years ago is actually a broken-off section of an intergalactic ark.

Inside this remnant, they discover a zoological lab containing a menagerie of apex predators gathered from all points of the universe. But as John and Alyssa begin to tie in the writings on the ship to writings they discovered in Eden, a DOD military faction seeking intel unwittingly disrupts matters by awakening sleeping giants.

Finding themselves fighting for self-preservation and for the salvation of Earth, John and Alyssa battle soldiers trying to kill them for the sake of completing a hidden agenda...and against the most vicious predators in the universe.

What listeners say about The Menagerie

A little rushed in the story line but an interesting take on the origins of life.