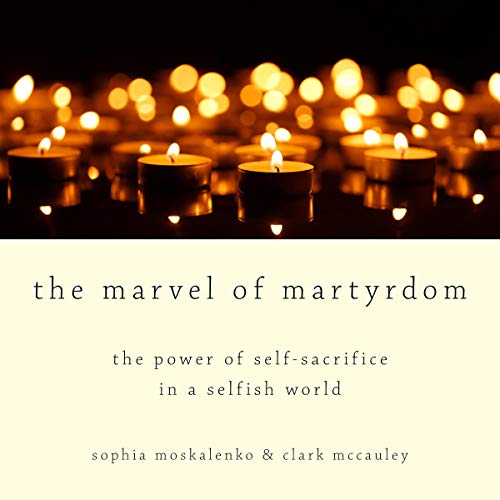 The Marvel of Martyrdom

The Power of Self-Sacrifice in a Selfish World
By: Sophia Moskalenko, Clark McCauley
Narrated by: Xe Sands
Length: 8 hrs and 13 mins
Categories: History, Political
5 out of 5 stars 5.0 (1 rating)

The Marvel of Martyrdom

The Marvel of Martyrdom is about how self-sacrifice can change lives and how martyrs can change the world.

The Marvel of Martyrdom takes a broad perspective on self-sacrifice and martyrdom, bringing together religion, popular culture, history, psychology, and mythology. Stories of individuals both famous (Gandhi) and obscure (Rodrigo Rosenberg) intertwine with research on altruism, happiness, and radicalization to terrorism. The changing landscape of the book's setting - from The Roman Empire to 19th-century Russia to Nazi Germany to post-World War II India to present day Ukraine - makes the power of self-sacrifice and martyrdom come alive and shows their potential to change people and cultures.