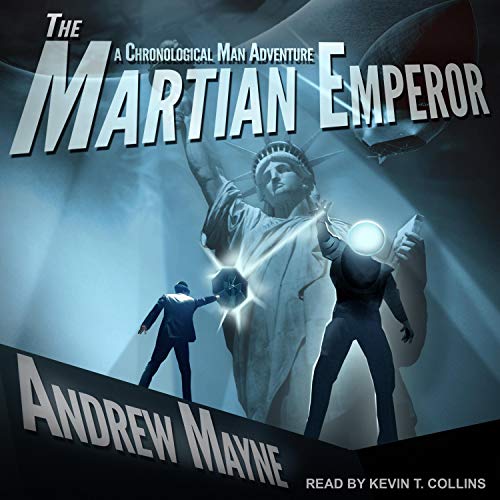 By: Andrew Mayne
Narrated by: Kevin T. Collins
Free with a 30-day trial

When a giant airship descends on New York City in 1892 and threatens destruction if the world doesn't submit to the Martian flag, it's up to the mysterious Smith, inventor and adventurer, to find out what forces are at work.

From the dangerous basement fan-tan parlors of Chinatown to the top of the Statue of Liberty's torch, Smith and his brilliant assistant, April Malone, will have to unravel the clues and avoid danger lurking behind every corner. To stop the menace they'll need to enlist the help of Theodore Roosevelt and other early 20th-century heroes.

The second book in The Chronological Man series, The Martian Emperor combines mystery, airship battles, and backroom Tammany Hall politics against the backdrop of a world on the verge of war.

What listeners say about The Martian Emperor