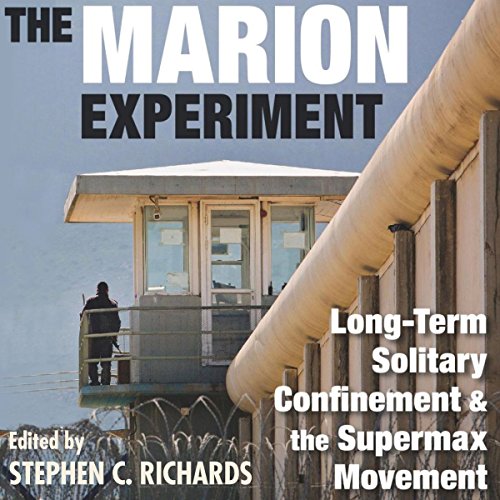 The Marion Experiment: Long-Term Solitary Confinement and the Supermax Movement

Taking listeners into the darkness of solitary confinement, this searing collection of convict experiences, academic research, and policy recommendations shines a light on the proliferation of supermax (super-maximum-security) prisons and the detrimental effects of long-term, high-security confinement on prisoners and their families.

Stephen C. Richards, an ex-convict who served time in nine federal prisons before earning his PhD in criminology, argues the supermax prison era began in 1983 at USP Marion in southern Illinois, where the first "control units" were built by the Federal Bureau of Prisons. The Marion Experiment, told from a convict criminology perspective, offers an introduction to long-term solitary confinement and supermax prisons, followed by a series of first-person accounts by prisoners - some of whom are scholars - previously or currently incarcerated in high-security facilities. They include some of the roughest prisons in the western world. Scholars also address the widespread "marionization" of solitary confinement; its impact on female, adolescent, and mentally ill prisoners and families; and international perspectives on imprisonment.

As a bold step toward rethinking supermax prisons, Richards presents the most comprehensive view of the topic to date to raise awareness of the negative aspects of long-term solitary confinement and the need to reevaluate how prisoners are housed and treated.

The book was published by Southern Illinois University Press.

What listeners say about The Marion Experiment: Long-Term Solitary Confinement and the Supermax Movement