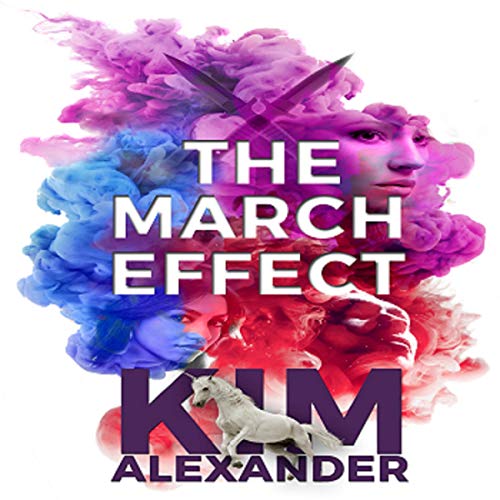 A unicorn walks into a bar...and leaves with my heart.

He’s gone, and now, I have a unicorn-named-March-shaped hole in my life. But, I get it. Unicorns aren't meant to live in a world where they have to deal with putting gas in the car, getting groceries, and paying cell phone bills.

I'm trying to get past this. Really, I am. It's just that everyone constantly talks about him, from his immortal ex-girlfriend, to reality TV-obsessed Fae, to even my own fully human friends. Even his enemies are still obsessed with him. I learned that the hard way.

Did I mention the part where I end up on the run - again - from an old, powerful enemy of his?

I just want to be left to get over my broken heart while watching home improvement shows and eating ice cream. But mysterious disappearances, murder, and a quest for affordable real estate in Washington, DC, keep getting in the way.

What listeners say about The March Effect