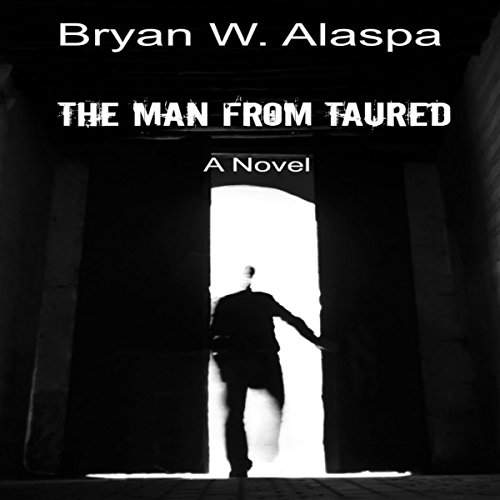 The Man from Taured

By: Bryan W. Alaspa
Narrated by: Wendy Almeida
Try for $0.00

A strange man walks up to the customs counter at O'Hare International Airport. He carries a passport, driver's license, papers, all of it looking legit. There's just one thing that causes the customs agent to raise the alarm - the passport and license are from a country that does not and has never existed.

Noble Randle, an investigator working for Homeland Security, is called in to investigate. The solution, he figures, has to be something simple. What he does not know is that his life is about to change, that he has a very unique ability, and that the fate of this universe and thousands of others rests in his hands. The walls between dimensions and parallel universes is breaking down. Behind it is an evil as old as time itself. An evil that wants to devour every other universe and gain total control over everyone and everything.

The Man from Taured is a story that ranges from horror, to action, mystery, and suspense. An epic tale that wonders: Is there more to this world than we know? Are there other universes, other dimensions, right nearby? Perhaps as close as a breath away.

From suspense, horror, and mystery writer Bryan W. Alaspa comes a tale that crosses generations and dimensions. A story that will challenge your perception of reality itself, and keep you up late at night, afraid to answer the knock at the door.

Who is The Man from Taured?

What listeners say about The Man from Taured

Great story, not so much on the narrator

This story desperately needed someone else than the chosen narrator. Too many breathy readings in voices that didn't really - in my opinion - fit the characters as I had gotten to know them.

The story itself? Wow. If you liked 14 and American Elsewhere, then you'll enjoy this book. Just know that the narrator has an awful voice. I had to force myself to finish the book because I could not stand the way she sounded.

I knew about the traveler from Taured incident before I ran across and listened to this book. I appreciate that the author created an intricate fictional backdrop for this intriguing little mystery from the past. The author did a great job portraying rational people confronted by unimaginable events. The changeling visitors, particularly the children, were very creepy and I read a great deal of horror and don't scare easily. Loved the mind bending aspects. The narrator wasn't quite suited to this story. She was a bit too professorial sounding for the book and spoke at too slow a pace. I respect how difficult narration is and think she would be great for non-fiction topics or more staid fiction. This is the first title by this author I have listened to, but now plan to listen to others. Overall, if you like fiction that crosses dimensional barriers and delivers an entertaining and scary story, I recommend this book.

I loved this book. So glad I found it. it kept me intrigued the whole time. I could not wait to get back to it every time I put it down.

loved the story, was a very captivating journey. cant wait to listen to another book

I've never struggled to listen to a book like I have with this one, but the narrator ruined what could have been a brilliant story. patronizing is putting it politely. frustrating, terrible character representation, most characters like nails down a chalkboard. I never connected with any of the story, and I felt like I was being spoken to like a pre-school aged kid. I want to read the books but please, for the love of all that is good, never use that narrator on a story again.