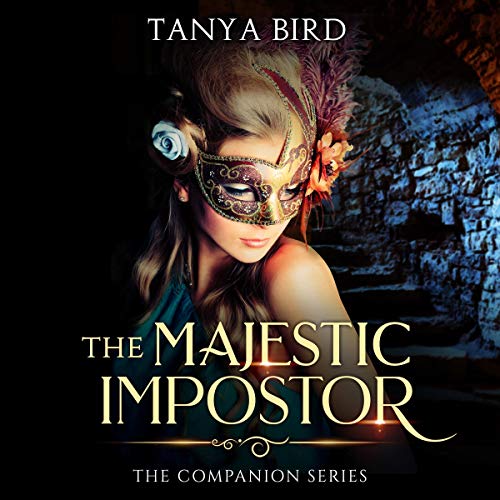 By: Tanya Bird
Narrated by: Elizabeth Klett
Try for $0.00

A relentless love. An impossible choice.

Companions are the kingdom’s most beautiful and educated women - possessions of Syrasan’s royal men. Aldara has left the Companion life behind her. Having returned south to her family, she thought all ties to her prince were severed. She was wrong. Now, she has a secret - one she must keep in order to protect the people she loves. But when her past shows up at her home, lives begin to unravel.

Still grieving the departure of his Companion and the death of his father, Prince Tyron is adjusting to life under his brother’s rule. Shifts in power see him sent to Corneo to take control of the West. Amid the throes of war, he learns that the woman who still holds his heart has been keeping a secret. An impulsive decision delivers him into enemy hands with no way out.

Unless, she does the unthinkable...

Fast-paced and lyrical, The Majestic Impostor is a medieval tale of power and the unstoppable forces of love.

Please note: This is the third book in The Companion Series and is best listened to after the first and second book. This is not a stand-alone novel.

What listeners say about The Majestic Impostor

Absolutely love it! I’ve enjoyed the first three books in the series and now can’t wait to move to the next one about Lexi!