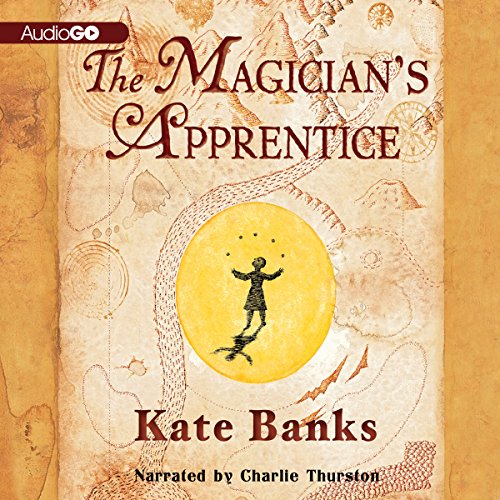 By: Kate Banks
Narrated by: Charlie Thurston
Try for $0.00

Baz has always dreamed about leaving his dusty little town, so when a stranger comes to his family's home and asks him to be a weaver's apprentice, Baz is eager to start his journey. He and the stranger travel for several sunrises and sunsets until they reach the land of Kallah, where Baz starts his apprenticeship - and soon learns that his master is very cruel. Baz is disheartened, and when the master trades Baz for a sword to a magician, Baz expects no better from his new owner.

But as Baz travels further into the depths of the desert with this kind-hearted and wise magician, he learns to re-examine his beliefs about people, the world, and himself, discovering that everything is connected in a continuous journey toward destiny and that no person or thing can ever really be owned.

What listeners say about The Magician's Apprentice

This book reminds me of the beauty of Kahlil Gibran. This author has a depth that is plumbed to enlightenment.