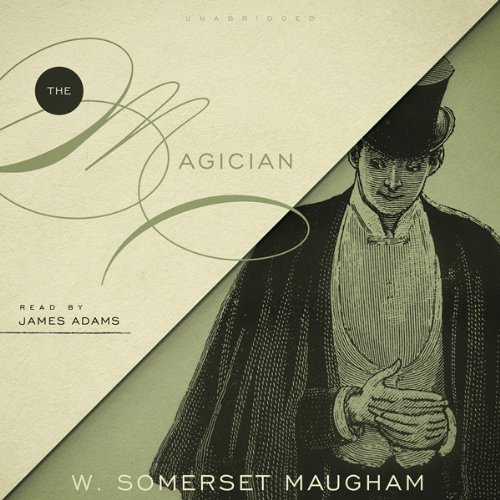 By: W. Somerset Maugham
Narrated by: James Adams
Try for $0.00

From one of literature’s finest storytellers comes an enchanting tale of secrets, the supernatural - and fatal attraction.

Renowned English surgeon Arthur Burdon is engaged to the beautiful Margaret Dauncey, who is studying art in Paris. The match is met with approval from all sides, and everyone is happy - until the mysterious Oliver Haddo enters the picture. Both Arthur and his fiancée dislike the enormously fat and eccentric Oliver but are fascinated by his stories of black magic, by his demonstrations of a power that seems inhuman. And while they scoff at his boasts, their dislike turns to loathing.

A month later, Margaret disappears. The note she leaves behind begins: “When you receive this, I shall be on my way to London. I was married to Oliver Haddo this morning.” Why? How? What mysterious power had the Magician used? What further revenge might he be plotting? The answers are revealed in this hair-raising fantasy.

About the author: William Somerset Maugham (1874-1965) was born in Paris and grew up in England. He studied medicine before turning to writing and becoming one of the 20th century’s most popular novelists as well as a celebrated playwright, critic, and short-story writer.

“Maugham tells his tale of the weird and the horrible with simple sincerity and a constant matching of the unhallowed practices with the clean, sweet things of common life that make its effect uncommonly impressive.” ( The New York Times)

What listeners say about The Magician

For some reason, the title character, who is British, is given an absurd French accent and sounds like the French waiter in Monty Python's "Meaning of Life."

WSM Architypes written against a backdrop of occultism is as hard to resist as ot seems. A+