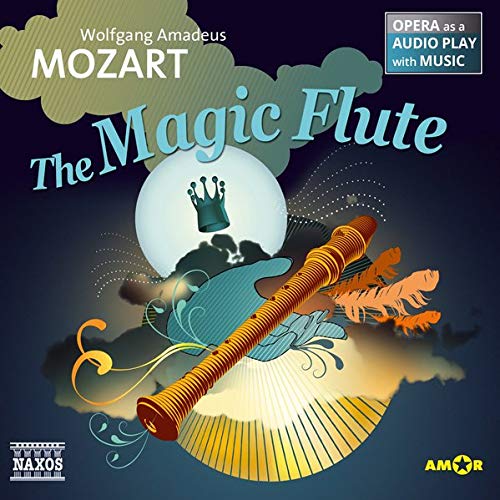 Experience Mozart's most played fairy-tale opera The Magic Flute as an audio play, performed by esteemed actors, complemented by intricate sound designs and effects as well as plenty of original opera music. Each act is introduced with interesting facts about the life of Wolfgang Amadeus Mozart (1756–1791). - Tamino, a prince lost in a foreign land, is being pursued by an enormous monster. He is rescued by three mysterious ladies, who kill the monster and give Tamino a picture of Pamina, daughter of the Queen of the Night, with whom he falls instantly in love.

In order to marry the princess, Tamino must undergo a series of tests. With the gift of a magic flute and some magic bells accompanied by his goofy sidekick Papageno, he sets off on his quest. Alongside the priest Sarastro, Tamino, Papageno, and Pamina battle Pamina's mother, the evil and mysterious Queen of the Night.

What listeners say about The Magic Flute