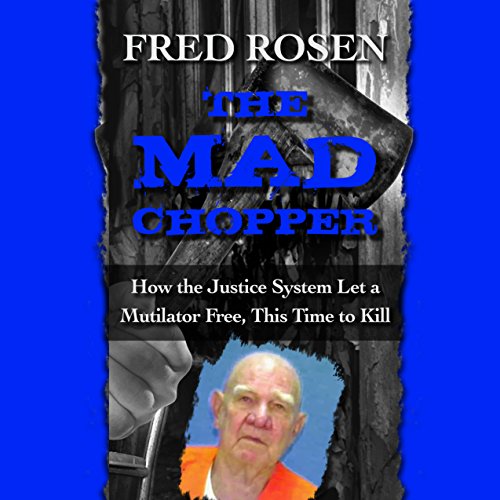 By: Fred Rosen
Narrated by: Rex Anderson
Try for $0.00

The man who answered the door was naked and covered with blood. His name was Larry Singleton and police in Tampa, Florida, soon discovered he had brutally murdered prostitute Roxanne Hayes and much worse. He was the mad chopper, who years before had cut off the arms off 15-year-old Mary Vincent outside Modesto, California. Mary survived and testified against him at his trial for killing Hayes.

What listeners say about The Mad Chopper

I love how the author made it so that any one could understand the story. no big words nothing fancy. just called it like he saw it and told the story in the light it ought be seen in.

Mary Vincent is my hero

I very much recommend this book. It is well written and tells about the horrible violence Mary Vincent went through and is still and forever going through. This is a case where the victim did everything exactly right to survive and then received hardly any help and support afterward. Mary is my hero! Good job telling the story.

Useless, boring, made-up book read by an incompetent narrator! Skip it and eat a rotten pickle instead.