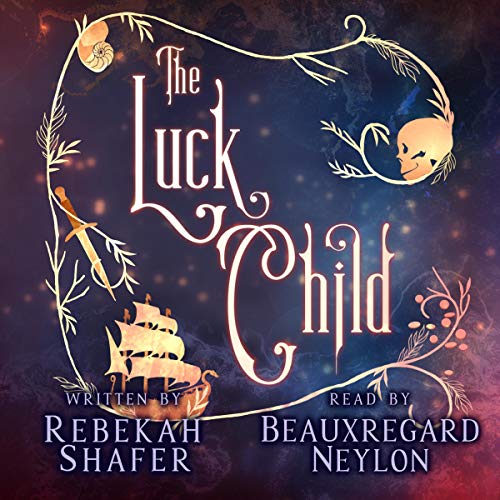 By: Rebekah Shafer
Narrated by: Beauxregard Neylon
Try for $0.00

Cabernet would give almost anything to be remembered - except his freedom.

Cursed to be eternally forgotten, Cabernet grew up walking a dangerous, lonely line between the world of mankind and the world of fairy. Now known only by a faceless reputation as a rogue and fairy aficionado, he wanders ceaselessly with the cat Maugrim as company.

Then, the king dares order him to eliminate a magical foe in northern waters, and threatens to attack fairy lands if Cabernet refuses. As an increased annoyance, he is saddled with a stiff naval officer, the king’s elderly personal advisor, and the advisor’s nurse - a charming young woman named Rosemary, who can inexplicably remember him.

Cabernet wants to complete this mission quickly without actually facing the enemy, a dangerous enchantress who nearly killed him before. But sea perils and fearsome monsters blindside his every trick and turn. Moreover, he is somehow growing fiercely attached to the human tag-a-longs.

As the enchantress’s deadly net tightens around them, Cabernet must face the terrors of his past in order to save his newfound family - and future.

Enjoy this stand-alone YA fantasy that combines dark whimsy with fairy-tale magic, plus a side of Oliver Twist and an enchanting romantic subplot.

What listeners say about The Luck Child

Utterly delightful. A whimsical fantasy that diverts from the typical fantasy tropes. See selkies, the kraken, and talking cats in a different light. Absolutely adored this charming tale!

Story flowed well and kept me moving forward. lots of interesting twists and side stories.