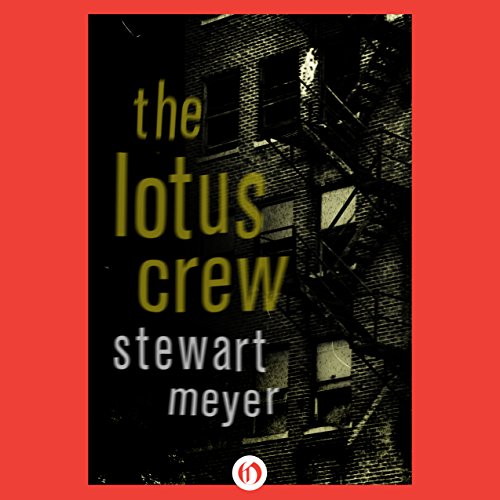 By: Stewart Meyer
Narrated by: Fleet Cooper
Try for $0.00

Dope, duplicity, and violence fill this gasser of a novel from a protégé of William S. Burroughs.

Set in the scorched cityscape of the Reagan-era Lower East Side of Manhattan, The Lotus Crew is Stewart Meyer's harrowing yet humorous tale of loyalty and betrayal in the face of heroin addiction. Two street junkies, the introverted Alvira and the gregarious Tommy, team up to spark a street-retailing crew pushing the best heroin in town. In the abandoned buildings and back alleys of an Alphabet City that is as dangerous as the Wild West, the stamp of the Triad crew on a glassine bag of dope means it's a smoker.

The duo is wildly successful until someone counterfeits the Triad seal and triggers a reaction from Tommy that leads to violence - and to a rude awakening for Alvira.

What listeners say about The Lotus Crew