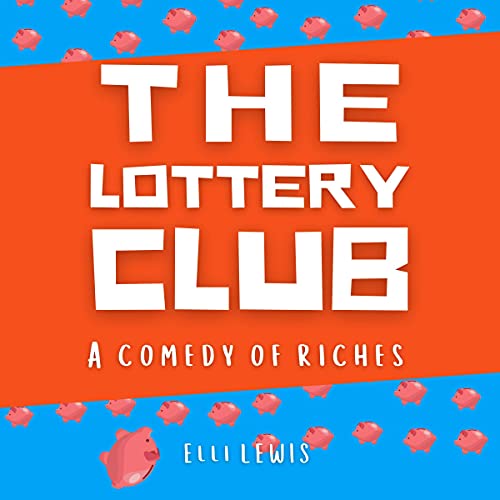 A darkly comic tale about how winning the lottery can ruin your life. And it’s only downhill from there....

A support group for lottery winners? It shouldn’t exist. It was just a PR exercise. An afterthought. Nobody was actually supposed to turn up. Why, after all, would millionaires need support?

But turn up they do, every Wednesday in a tired church hall in North London, among them an ex-builder, a model train fanatic, a well-spoken conman and now, downtrodden lawyer, Mark Jones.

The win is the worst thing that's ever happened to Mark. His girlfriend, Jess, is unimpressed. Winning the lottery is common. And besides, £10 million doesn’t buy much in Chelsea these days. Convinced by Jess to keep the windfall secret and a newly miserable owner of a double life, Mark joins this unlikely gang.

Together they bicker, drink tea, and try to find meaning in their millions, blissfully unaware that their real problems are lurking around the corner. For someone is on a mission to end all their woes. Permanently.

What listeners say about The Lottery Club

Money can’t buy happiness for lottery winners who won millions! A support group brings the random group of people together and they find friendship amid a lot of twists and turns. The characters were developed and relatable. The narration by Luke Baryon was excellent. He had different voices and accents to fit all the characters backgrounds. I really enjoyed it and you will too.

The grass isn't always greener on the other side!

This is a light hearted witty story of the problems that a group of lottery winners have, yes, the grass isn't always greener when money is no object The narrator does an excellent job of bringing the characters to life which are a mixed bag.

My only criticism would be that there should have been more of a story to this but I enjoyed listening to it particularly the typical British humour.