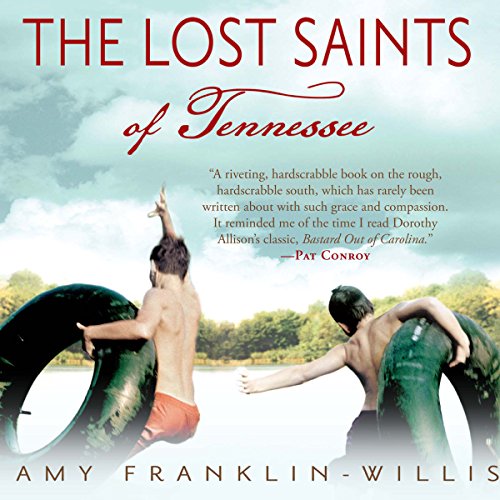 The Lost Saints of Tennessee

By: Amy Franklin-Willis
Narrated by: Fleet Cooper
Try for $0.00

With enormous heart and dazzling agility, Amy Franklin-Willis expertly mines the fault lines in one Southern working-class family. Driven by the soulful voices of 42-year-old Ezekiel Cooper and his mother, Lillian, The Lost Saints of Tennessee journeys from the 1940s to 1980s as it follows Zeke's evolution from anointed son to honorable sibling to unhinged middle-aged man.

After Zeke loses his twin brother in a mysterious drowning and his wife to divorce, only ghosts remain in his hometown of Clayton, Tennessee. Zeke makes the decision to leave town in a final attempt to escape his pain, throwing his two treasured possessions - a copy of The Adventures of Huckleberry Finn and his dead brother's ancient dog - into his truck and heading east. He leaves behind two young daughters and his estranged mother, who reveals her own conflicting view of the Cooper family story in a vulnerable but spirited voice stricken by guilt over old sins and clinging to the hope that her family isn't beyond repair.

When Zeke finds refuge with cousins in Virginia horse country, divine acts in the form of severe weather, illness, and a new romance collide, leading Zeke to a crossroads where he must decide the fate of his family.

What listeners say about The Lost Saints of Tennessee