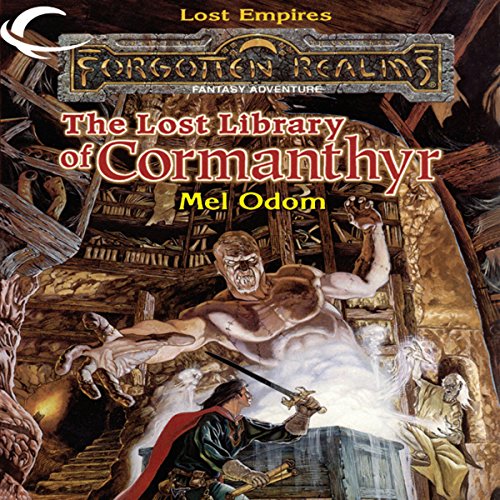 The Lost Library of Cormanthyr

Is it just a myth? Or does it still stand...somewhere in the most ancient corners of Faern?

An intrepid human explorer sets out to find the truth and what starts as an archaeological expedition soon becomes a race against time as an undying avenger is determined to protect the secrets of the ancient, xenophobic elven empire of Cormanthyr. Lost Empires is a bold new series that uncovers the secrets of the lost, ancient Forgotten Realms world.

What listeners say about The Lost Library of Cormanthyr

Good stuff!!!! there are others that are better but, thats is good. A gold coin among precious gems!

What does Brian Troxell bring to the story that you wouldn’t experience if you just read the book?

I'm giving this 1 star overall due to the seriously annoying companion for the main character. It wasn't the performance, it was the dialogue for that one character. Awful. Excellent story, and engrossing. That bat was beyond irksome - the entire book would have been so mich better if it hadn't been able to talk.