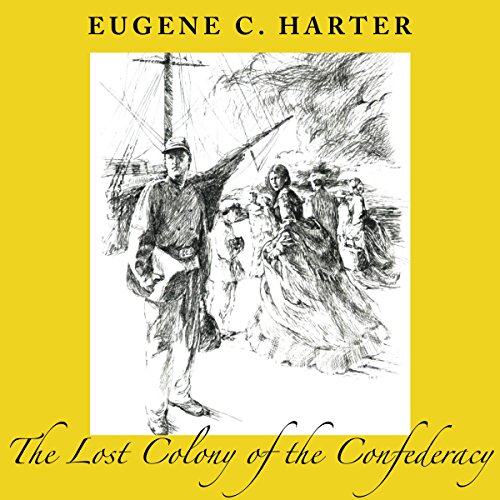 The Lost Colony of the Confederacy

The Lost Colony of the Confederacy

The Lost Colony of the Confederacy is the story of a grim, quixotic journey of 20,000 Confederates to Brazil at the end of the American Civil War.

Although it is not known how many Confederates migrated to South America - estimates range from 8,000 to 40,000 - their departure was fueled by bitterness over a lost cause and a distaste for an oppressive victor. Encouraged by Emperor Dom Pedro, most of these exiles settled in Brazil.

Although at the time of the Civil War the exodus was widely known and discussed as an indicator of the resentment against the Northern invaders and strict governmental measures, The Lost Colony of the Confederacy is the first book to focus on this mass migration.

Eugene Harter vividly describes the lives of these last Confederates who founded their own city and were called Os Confederados. They retained much of their Southernness and lent an American flavor to Brazilian culture. First published in 1985, this work details the background of the exodus and describes the life of the 20th century descendants, who have a strong link both to Southern history and to modern Brazil.

The fires have cooled, but it is useful to understand the intense feelings that sparked the migration to Brazil. Southern ways have melded into Brazilian, and both are linked by the unbreakable bonds of history, as shown in this revealing account.

“I have seldom read a book that I enjoyed as much as The Lost Colony of the Confederacy -– and I think that you will, too.” ( The Manhattan Mercury)

I'd never heard of Confederate citizens moving tp South America - so fed up with the economics of Post Civil War Union destructiveness, devastation and horrors that life in a new country was their best choice. Many survived, thrived, built a satisfying life and watched their grandchildren.grow. This was a good introduction to the Lost Colony.

Would have been better in print

I thought the story itself was quite interesting. The delivery, however, was quite flat, and the unnecessarily horrible mutilation of the Portuguese was cringe-worthy and distracting.